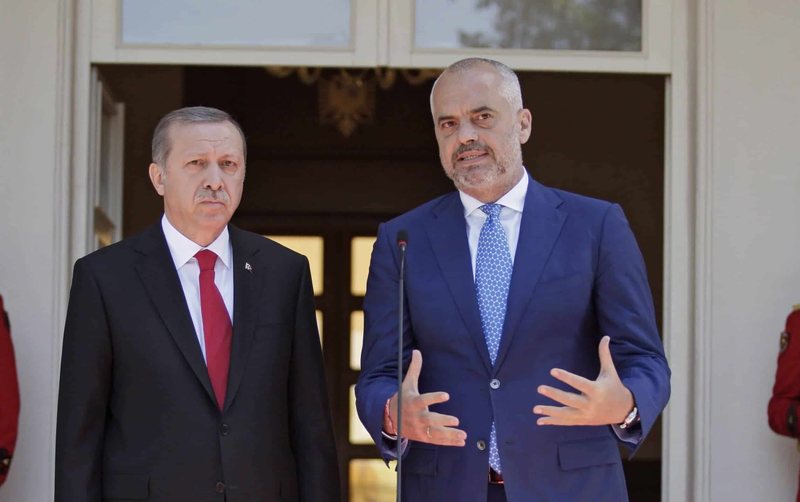 Turkish President Recep Tayyip Erdogan has confirmed that he will return to Tirana in early May, as part of the opening of the Namazgja mosque.

While in Tirana, Erdogan announced that the Namazgja mosque would open at the end of the holy month of Ramadan. This holy month for Muslim believers begins on April 2 and ends on May 1.

Erdogan's statement was made to the Turkish media after a one-day visit to Tirana on January 17th.

"The reception given to me and my delegation in Albania from the moment we stepped on the ground to the departure, is a sign of the spiritual bond that does not break between us and our brothers in the Balkans. For us that alone is enough. We also saw closely the works in the magnificent mosque in Tirana that we are building. The work continues. With God's help, the works will be completed soon and by the end of the month of Ramadan we will open it for the believers. "I will be in Tirana again for the opening ceremony," he said.