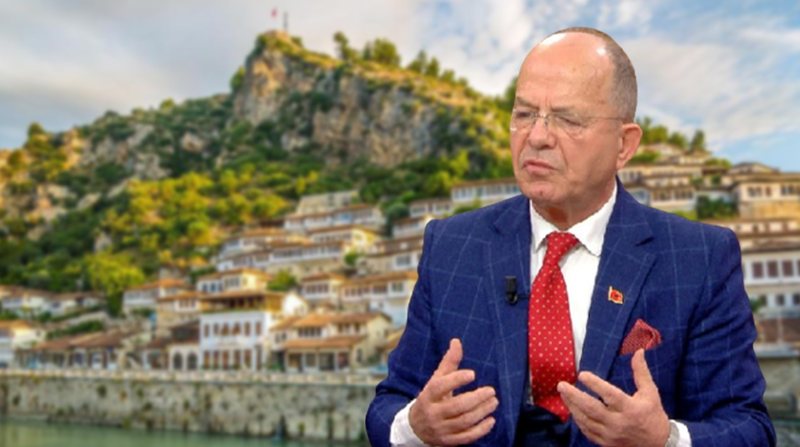 The well-known analyst Sazan Guri, who ran in the Primary for the municipality of Berat, managed to get only 32 votes. Zija Ismaili was declared the winner with 527 votes.

Guri reacted through a post on Facebook after the announcement of the result. He raises accusations of manipulation of the result.

"I didn't put observers as they asked me because I couldn't understand how to steal votes within the category. I didn't even hear until the end, that when they came out after the vote, they called me 'great professor' and when I left, my face betrayed me, my voice, above all the eyes that were quickly taken out of my sight, and then I ran away from noon. not giving a hand to those who didn't deserve it and after a few hours they told me the result:

I, from 610 people who voted out of 2400 members of the DP who were added by 500 sympathizers of the candidate by order up to 2900 voters, won 30 knights, or brave ones who don't ask for pressure, or fighters who killed fear. only in one city.

Don't forget that there were not even our 30 revivalists with two million inhabitants in 1870-1912 in all Albanian territories,

SPAK is armored, the Guard of the Republic takes custody of the building of the Prosecutor's Office and the Special Court, until today it was guarded by the police

PD's "fight" for the members of KZAZ, Celibashi recognizes Lulzim Basha as the chairman of the blue headquarters, "Foltorja" is out of the game and hangs its hopes on Ilir Meta to enter the May 14 elections

Japan donates firefighting equipment to Tirana, Veliaj: They serve us for the peripheral areas, they are added to the new station of the former Kinostudio in unit 4

February 11 protest, Sula rejects Berisha: I will not be part of the rally, this is a society that has suffered from violence

Albania with the Appellate Court only in Tirana, 5 districts are merged, 32 thousand pending files for 25 judges, the president of the Supreme Court reveals that 1868 cases that have started trial in the cities will be examined there

From the creation of the Asset Recovery Agency, to the free movement of citizens in the Western Balkans only with an identity card, some of the government's decisions are clarified, here is what the business benefits

Rama starts consultations for the port of Porto Romano: We are prejudiced against our efforts to expand the economy

"File 184" drags on again, the lack of lawyers postpones the reading of the conclusions, the defendants justify them

The merger of the Courts of Appeal, the head of the Vlora Chamber of Advocacy: Justice is delayed and becomes more expensive, the risk of citizens doing self-judgment increases

Kreshnik Spahi's strong statement: Albanians believe more in the party than in God, they are still unprepared to...

'It scandalized me...', the strong statement of the expert: Rama has been enjoying giving access to the sea to Serbia for some time now

Adriatik Lapaj explodes, cracks the strong statement: Here are who are the most corrupt in Albania

Today, Kiara and Luizi exchanged a kiss in front of each other in the Big Brot...

The more a girl rejects him, the more the boy will go after her. Luizi more or l...