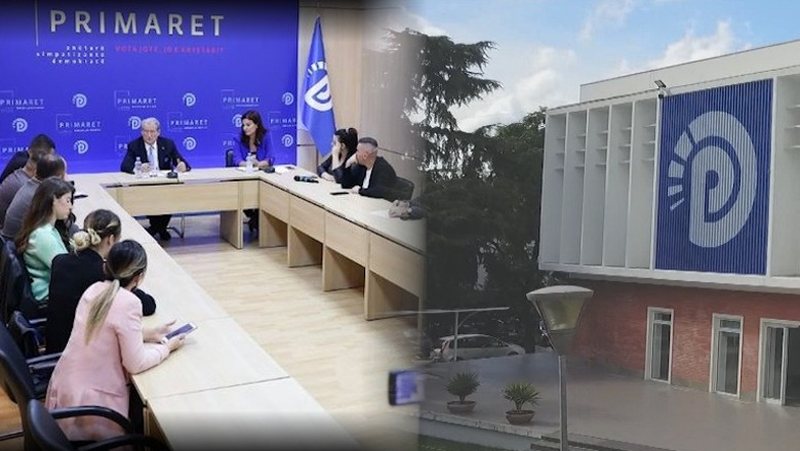 The Democrats of Sali Berisha will choose the names of the official candidates for mayor today. In a process, which according to the statute is called 'Primary', the membership and sympathizers will choose between several names, while the candidate with the largest number of votes will be placed in front of the SP candidates for the 61 municipalities.

The most interesting confrontation is in Tirana, where among 7 candidates, the race between Belind Këlliç, Ilir Alimehmet and Gert Bogdan is the strongest. No surprises are expected in the other 3 large municipalities, Elbasan, Shkodra and Durrës. In the first two, the PD of Berisha is running with only 1 name, Luciano Boçin and Bardh Spahinë, who are therefore official candidates, while in Durrës, between the two candidates, the politically unknown Armand Dervishi, Igli Cara has wide support.

Only 1 candidate, they have 7 municipalities across the country, where the primaries will be purely formal. In the municipality of Kruja, the only one with 11 candidates, the race is expected to be strong. The main contenders are Ndriçim Babasi and Agron Loka, who currently heads the PD branch. In this municipality, the Freedom Party candidate Denis Hidri also competes in the primaries.

In the Kurbin Municipality, the race is expected to receive special attention, due to the armed conflict 5 days before the primaries. Of the 7 candidates who were already there, only 5 remain because the Re-establishment excluded 2 who were protagonists in the conflict.

Two candidates of the primaries for the Municipality of Kurbin, Alfred Dajçi and Edmond Shkoza, have been excluded from the race on December 4. Librazhdi also has a high number of candidates with 6 candidates, Selenica 6, Dibra 6, Mirdita 6, Lezha 6, Fushë-Arrëzi with 5 candidates, as well as Saranda, Tropoja, Fieri, Mati with 5.

In these municipalities, the candidates have a challenge not only to emerge victorious, but also to receive half of the votes of the members, since according to the regulation approved by the DP, if the candidate does not receive more than 50% of the votes, the two most voted go to a re-vote. Primare Berisha has chosen not to have primaries in only 4 municipalities of the country, Himare, Finiq and Dropull, which are left in the hands of Vangjel Dules and Pustec, which is left to the Macedonian minority party. In Malesia e Madhe, Berisha has no candidate, the only municipality that survived the Basha-Berisha war, not allowing the establishment of parallel structures of the former prime minister there.