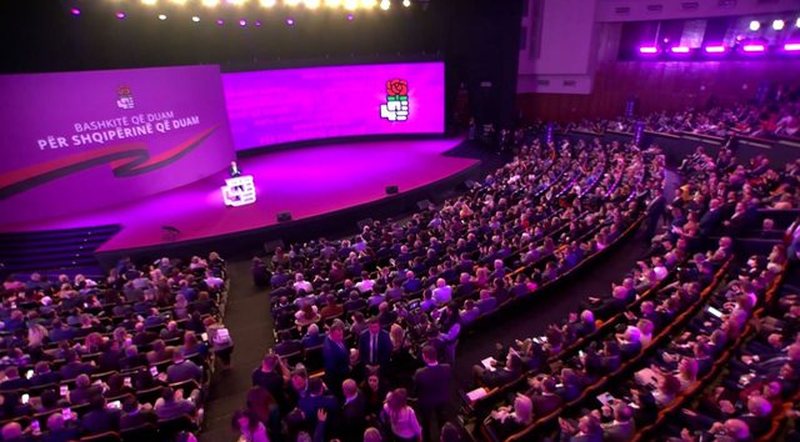 Today, the Socialists are expected to present to the Congress the vision for Albania 2030 and the main commitments of the governing program. As spoken by party voices, the congress will also analyze the result of April 25, as not all structures have achieved the expected result.

A day ago, the Secretary General, Taulant Balla revealed that the activity will start with the works with the commemoration of its main figures who have contributed in 30 years and then in the second part will be presented the vision for Albania 2030 and the objectives for the mandate. next.

It is learned that the Congress will start at 18:00 and everything will take place in implementation of measures against coronavirus. The opening will be made with a documentary video about the journey of the SP. In the decision to convene the extraordinary Congress of the party during the Assembly of the SP, the agenda has been clarified.

1. Opening of the Congress (National Anthem);

3. Vision for Albania 2030 and the Governing Program in the New Mandate.

4. Approval of the Decisions of the National Assembly of the Party:

5. Decision "On the establishment and functioning of the Special Commission of Analysis for the General Elections of April 25, 2021";

6. Decision "On the development of analysis for the result of the general elections of April 25, 2021";

7. Decision "On new elections in the local structures of the party";

8. Decision "On the development of the campaign for new party memberships";

9. Decision "On the completion of the process of establishment and operation of the Digital Register of the Party";

10. Decision "On the approval of the Political-Organizational Calendar of the Party for the period June-December 2021".