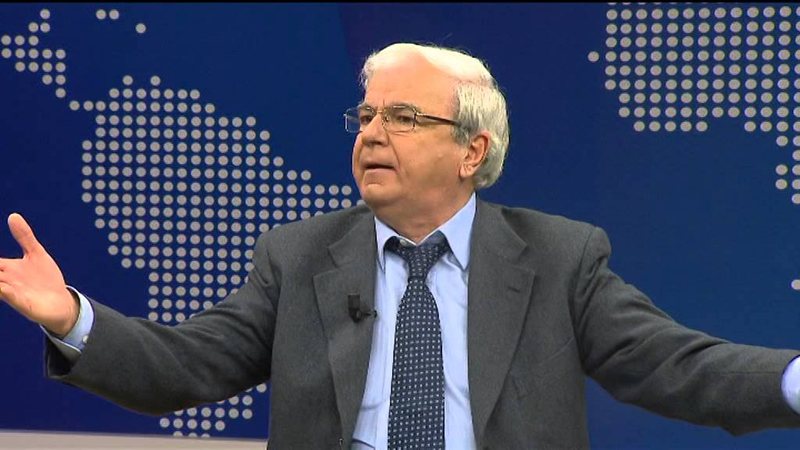 Ngjela writes that today, as it was emphasized, Kastriotism, since the war for the liberation of Kosovo, has 23 years that, as a doctrine, is moving towards national reunification for the creation of modern Arberia.

According to him, it is also understood that American policy requires the strengthening until the unification of the two Albanian states in the Balkans.

And, at the same time, we must remember that in fact he is the historical founder of the Albanian State.

Whereas, we must also emphasize that the two Albanian states: Albania and Kosovo, have completed their establishment with the Kastriot Doctrine.

Kastriotism is our doctrine, and this is also the doctrine of the national unity of the Albanian world in the Western Balkans. It is Kastriotism itself that historically justified the transition from Arberia to Albania and from Albania to Kosovo.

All others are abuses.

Albania has as its national flag the flag with the double-headed vulture of Gjergj Kastriot and, Kastriotism, as the doctrine, is today the national union of the Albanian world in the Western Balkans.

Kasriotian Arberia is today the Albanian world in the Western Balkans.

Even Ismail Qemali, when he appeared at the London Conference, in 1912-1913, presented the independence of Albania as the Kastriot doctrine of Arberia of the XV century.

But Kastriotism was severely damaged in 1913 and began to recover in 1999 with the bombing of Yugoslavia for the liberation of Kosovo from Serbia.

In the function of Kastriotism today, Albanians, wherever they are, must necessarily evoke the Kastriotism founded in 1444 that came and was brought back conveyed as Albanian heroics of 1911-1912-1913; and created the independence of Albania, leaving out 60 percent of the Arberian territory, to form an Albanian state crippled by the great powers.

But today, as it was pointed out, Kastriotism, since the war for the liberation of Kosovo, has 23 years, as a doctrine, is moving towards national reunification for the creation of modern Arberia.

What should be the modern Arberia today?

Modern Arberia is Albania, Kosovo, Presevo and Chameria. All this completes at least 70 percent of the Kastriot doctrine of 1912, highlighted in modern history by Ismail Qemali and his patriotic group that fought for ethnic Albania.

But what is happening today with the political elite that is leading the Albanian World, in Prishtina and Tirana?

Nothing special. A mediocrity that is understood to be damaging the national interest, as a result of what has happened for over a hundred years in the history of Albania.

But they will not be able to do anything.

However, this last month; it seems that the Prime Minister of Albania Edi Rama has moved towards the real history of Albania and the Albanians in the Western Balkans.

But that is not enough.

Meanwhile, it is also understood that American policy requires the strengthening to the point of unification of the two Albanian states in the Balkans. But so far, the two prime ministers, Rama and Kurti, do not seem to have formulated an all-Albanian doctrine in the Western Balkans; at a time when our history, since 1999, has moved towards the re-evaluation of Kastriotism in the function of both Albanian states.

Therefore; everyone, in Albania and Kosovo, is waiting to see the doctrine of national unity.

But, we must emphasize that:

This Balkan time is Albanian time; any current leader who does not use this time is not in the albanian national interest.

Bora Zemani has returned to the center of media attention after appearing in p...