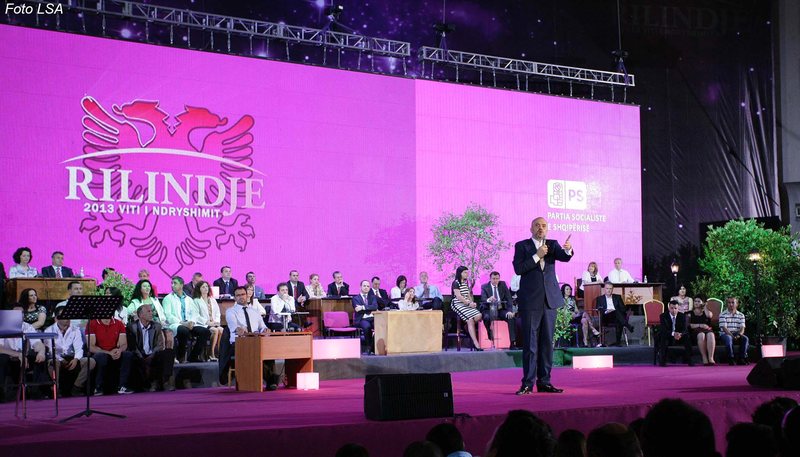 The Socialist Party will convene the Congress this afternoon. The meeting will be held at the "Air Albania" stadium, while many developments are expected. It was the head of the Parliamentary Group of the Socialist Party, Taulant Balla, who gave more details. In a statement to the media, Balla said that the first part of the Congress will be dedicated to the 30-year journey of the SP, while he indicated that in the second part of the Congress will be the presentation of the SP program for the new mandate. governing. Balla warned that there would be a reshuffle within the party, as well as in the administration. "The Socialist Party of Albania is a party with many rules and respecting these rules makes us understand how this subject is going. So, the most important body of the Socialist Party will be gathered, as it is Congress that will approve the process of analysis and reorganization at all levels. "We start from the level of organizations, socialist councils at the unit level, assemblies at the municipal level, district coordination councils, the National Assembly and finally at the Party Presidency", he said. Among other things, Balla said that this year will be a very important year for the country in terms of integration. Balla stressed that the holding of the first Intergovernmental Conference will conclude with the country's integration into the European Union. "2021 is a very important year for Albania. Within this year, the first Albania-EU Intergovernmental Conference will be held, which will conclude with the ceremonial opening of Albania's negotiations with the European Union. This latest process leading to Albania's EU membership,

Pëllumbi talks about the movements in the administration

Meanwhile, the Organizational Secretary of the Socialist Party, Arben Pëllumbi also spoke regarding the SP Congress and the movements in the administration. In a television interview, asked if there would be movement within the administration, Pellumbi said he needed a "shake". He stressed that the administration should be as close as possible to the problems of citizens. There is a real need for change and "shaking" as the Prime Minister said. The closer to the people and the more accessible the administration is in dealing with people, the better the government's policy will be. "We will continue to increase the digitalization service, reducing people's contact with administration workers," he said. Speaking about the important laws approved in recent years in Parliament, Pellumbi said that justice reform is the biggest. He stressed that a lot of work has been done on the reform. "It has been articulated many times that most of it is that we are dealing with justice reform. We are proud to say that we have closed the legal framework, the administration part. We did a pretty big job. "Parliament has seen and approved laws that affect people's lives, the new Electoral Code or others that have not made visible news, but that affect people's daily lives," said Pellumbi.