SP convenes today the Presidency, the focus of the discussions is the selection of candidates for mayor in the 2023 elections and the replacement of Ahmetaj as the leader of Vlora 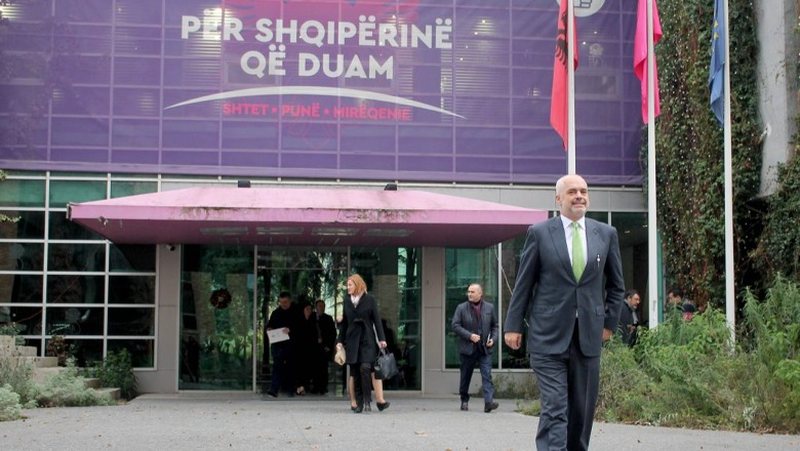 The Socialist Party has started preparations for the 2023 local elections. The newspaper "Sot" has learned that today the Socialists will gather the presidency at 18:00. In the chair, it is expected that the selection of candidates for mayor will be discussed. A date has not yet been set for the 2023 local elections, while they are expected to be held in the spring, in April or May. SP goes to these elections in front of an opposition which is divided into three fronts, on the one hand the Freedom Party led by Ilir Meta, on the other hand the PD divided into two groups, that of Enkelejd Alibeaj and that of Sali Berisha. Although divided into three fronts, there have been calls from opposition MPs to stand together in these elections in front of the majority. However, unlike Berisha's Democratic Party,

The replacement of Ahmetaj as the political leader of Vlora

But in addition to preparations for the local elections of 2023, this Tuesday at 18:00 Edi Rama will convene the Presidency of the Socialist Party to discuss the start of the new political session, as well as to find Ahmetaj's replacement. Sources indicate that the most likely names to run Vlora on the eve of the election campaign are Blendi Klosi, Bledar Çuçi and Belinda Balluku. But in addition to Vlora, Shkodra may also be a region that can change direction as the Minister of State, Edona Bilali, is waiting sweetly and the SP needs a lot of energy to fight for the only bastion it has left in the local elections. democrats. Likewise, the Chief Socialist will ask the members of the presidency for an analysis of the situation in the districts they lead for the work of the Socialist Party's structures.

Gjiknuri: No primary in PS

However, as the newspaper stated above from sources within the Socialist Party, the socialists, unlike the democrats, do not believe in selecting candidates for both deputies and mayors through the primaries. This has been announced and confirmed by the General Secretary of the SP, Damian Gjiknuri, who, as proof that the filtering of candidacies from the membership vote is not always successful, brings the case of Përmet in 2015, when the socialists believed in branch of the party and lost a historical stronghold of theirs. "Sometimes you are selected in a small party grouping because you control the party, you are the party leader, but it may happen that you do not have the support of the citizens and what do I need in the end then, the internal selection that came out of a competition that was controlled by the leadership of local party, as I mentioned the case in question, which is an example to always take into account", he declared. Therefore, when de facto political camps have started work on organizing local elections next spring, Gjiknuri affirmed during a statement to the media this weekend that the pink seat will continue to select its candidates with the traditional method: exclusivity of the Presidency and the chairman of the party. "We don't want to place losers simply because they like Xi or Y, or have some particular party preference. On the contrary, we need people who have integrity, but above all who guarantee that they win and are liked by the citizens", underlined Gjiknuri. And having the fate of their re-election, the Chief Socialist Rama has made it clear to the current presidents that not all of them will have a second chance.