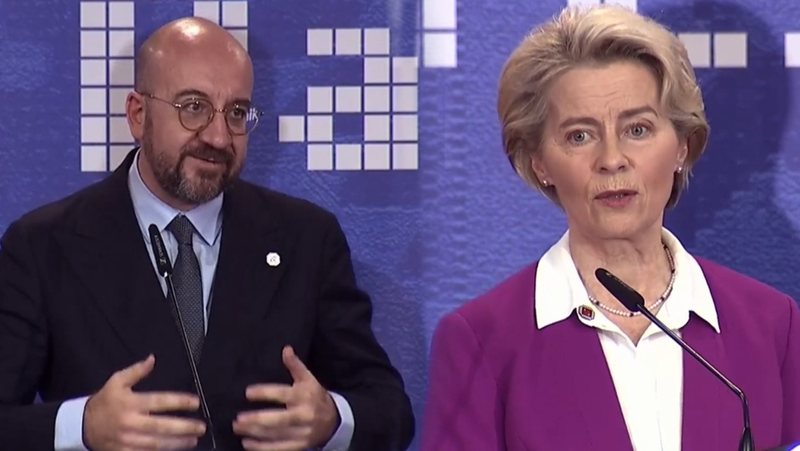 Asked by the Albanian media why Tirana was chosen, Michel emphasized that it was the right place, while he congratulated Prime Minister Rama and the Albanian government for organizing such a magnificent event in such a short time.

Question: Why was Tirana chosen?

Michel: Because a few weeks ago it was proposed to hold this Summit here, and before we decided, Tirana seemed like the right place. I thank you Prime Minister, it was very impressive, in such a short time you did such a big thing. Not only was it good for Albania, but we have a clear signal that we convey to the citizens of the Western Balkans, we are convinced that our future is shared.

Von der Leyen: 85 million is direct budget support. There are a number of different projects that are already being approved. I know some of the projects are a large photovoltaic plant.

"Who is this justice team mocking", the analyst's strong reaction to the McGonigor affair: Rama to give explanations, DASH to declare her non-grata

The clash in DP on January 8/ Spartak Braho talks about the statement that shocked politics: The assassination of Alibeaj was planned, Sali Berisha had information that...

The arrest of the former FBI official and the connections with Albania and Edi Ramë / The letters sent to SPAK, SHISH and the Ministry of the Interior are clarified

SPAK deepens the investigation into the Gërdec tragedy, interrogates Shkëlzen Berisha, anxiety and fear in the ranks of the former prime minister's family

"The most powerful that Tirana has known"/ Berisha reveals the plan after being expelled from the Assembly and shows the movement for the overthrow of Edi Rama: On Thursday I will be...