Frost and frost invade the country/ Snow falls in residential areas, the meteorologist shows how the situation will be in the first 10 days of December

"Dog tied to the chair"/ Harsh tones between Spaho and Balluk: I apologize to you on the condition that you apologize to all the family members of those your grandfather killed and sent to exile and prisons 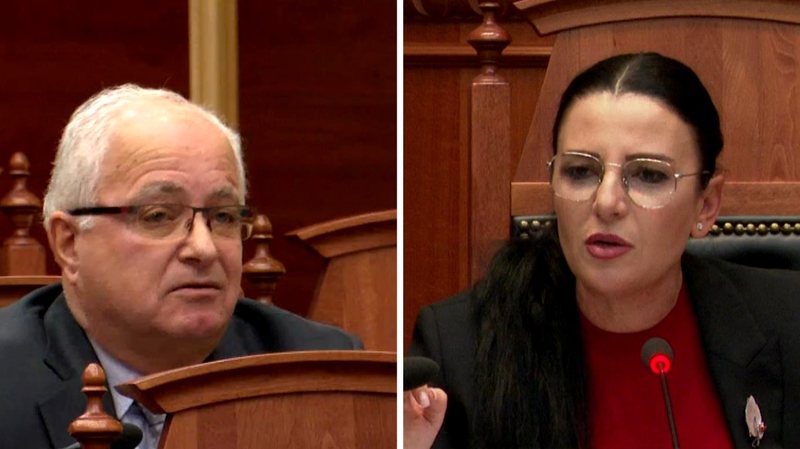 DP MP Edmond Spaho and Deputy Prime Minister Belinda Balluku clashed during the session in parliament, where since this morning the construction of the Port of Durrës has been discussed.

The cause of the clash between the democratic deputy and the minister is the mention of Balluk's family from Spaho during his speech in Parliament.

Edmond Spaho: Now one last clarification for Mrs. Belinda Balluku, the deputy prime minister. I have never dealt with the family members of one or the other. I've been here for 30 years, if someone comes out and says you've dealt with family members here, then yes. You are not telling the truth when I have been busy with your family several times. Never in the world have I dealt with your family. Show me the occasion when I spoke here in the session about your family members and then I apologize. I deal with your political and professional conduct. I warned you about this, be careful that you and the Minister of Finance signed it. He was here, if he was a man, he would have signed it himself. So that was my intention, to say don't go into a story as bitter as before. I don't even need the people of your family, they are honorable, I don't even know them, they don't even know me and I'm not dealing with this issue. I'm just telling you, be careful what you signed. Tomorrow you will go there because Edi Rama has practice with this, he does not sign anything for nothing.

Belinda Balluku: You just mentioned my family again Mr. Spaho and I don't know if you will apologize for telling me that I will go through a bitter story once again. Mondi, focus on your family, because you have been here all day, become a hero, you will receive a medal I hope from Saliu tomorrow morning, but take care of your family. I didn't cut you off even though you said the wrong thing. This is where you mentioned my family again, and you mentioned it two sessions ago, when you said that the deputy prime minister you have there has committed war crimes, etc., etc. Now honorable, I clarified, you speak from the place because you cannot control yourself and at this age it is wrong not to control yourself because we are forced and we lose respect. See how he speaks from the place, it's terrible not to control yourself. You just mentioned my family again and told me the sad story. The entire Albanian people know the bitter stories of my family and I know how many years my family has spent in prison and exile, over 130 years. You have neither the ethics, nor the manliness, nor the courage to mention the Balluku family. You should shut up once and for all because even your apology didn't work for me. Apologies from people who don't know where they belong don't go into anyone's pocket. And you, Ina, don't applaud him. Don't applaud them because they take heart because they are people who don't absorb much because if they had absorbed a little, today I told him once he should have closed it. He continues and comes out here, telling me not to make mistakes because he will be cut off for my mistakes. He has an obsession with mentioning my family history. My family is the most respected in Tirana. You have no idea how proud I am of my last name.

Cyberattacks on Albania, the Court of Tirana overturns the prosecution, assigns an "obligation to appear" for 5 officials of the Ministry of the Interior who misused their duties