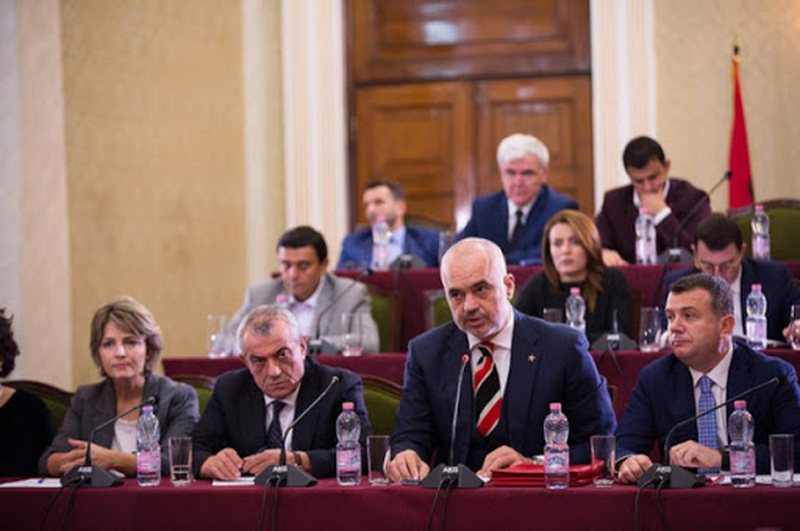 The Socialist Party congress held this Saturday has given the first signals to the ministers who stay and leave the government in September. During the work of the Congress, some of the main points of the third governing mandate were presented, while the General Secretary of the Socialist Party, Taulant Balla, announced the establishment of the Presidium. But what stands out is the fact that among the 19 names that were elected and will now be part of the Presidium, there are 7 ministers of the current government "Rama 2", while 9 of them are left out of this organization that cooperates within the Congress of Socialist Party. More specifically, the names that have become part of the Presidium by the ministers are Arben Ahmetaj, Bledi Çuçi, Ogerta Manastirliu, Belinda Balluku, Etilda Gjonaj, Evis Kushi and Milva Ekonomi, while names like Olta Xhaçka, Elisa Spiropali, Niko Peleshi have been left out. Erion Braçe,

Here are the names at stake

But the decision to include 7 ministers in the Presidium and leave out 9 others out of 16 in the government cabinet, signals that the new government, which will be voted in September, will have some names that have the consent of Prime Minister Edi Rama. This means that among the names that are expected to join the new government and that have the consent, even the consent of the chief executive will be some of the current ministers such as Balluku, Gjonaj, Manastirliu, Economy, Kushi, Ahmetaj or Çuçi. While it is worth emphasizing the fact that Prime Minister Rama seems to have closed the door, depriving him of the opportunity to be a minister, some of the current members of the Council of Ministers, such as Xhaçka, Spiropali, Peleshi, Braçe, Denaj, Shalsi, Klosi, Margariti and Majko, who bring the total to nine. Pra, through the decision to create the Presidium and the whitewashing of the names that will be part of it, the head of the pink headquarters has also revealed a part of the new government 2021-2024. However, it remains to be seen in the coming days what will happen more concretely.

However, Prime Minister Edi Rama himself has given signals that in the new government, which will be formed and voted in September. Speaking on Saturday during the Socialist Party Congress, Prime Minister Rama called on all intellectuals who have graduated abroad and who have satisfactory results, to join the new government. According to Rama, the door of the SP will remain open for anyone who has ambitions and seeks to join the new government cabinet 2021-2025. "We must open the doors of the government from the doors of the cabinets of ministers, ministries, agencies, departments, boards for girls and boys educated abroad, who have achieved high results and work abroad. in each sector,