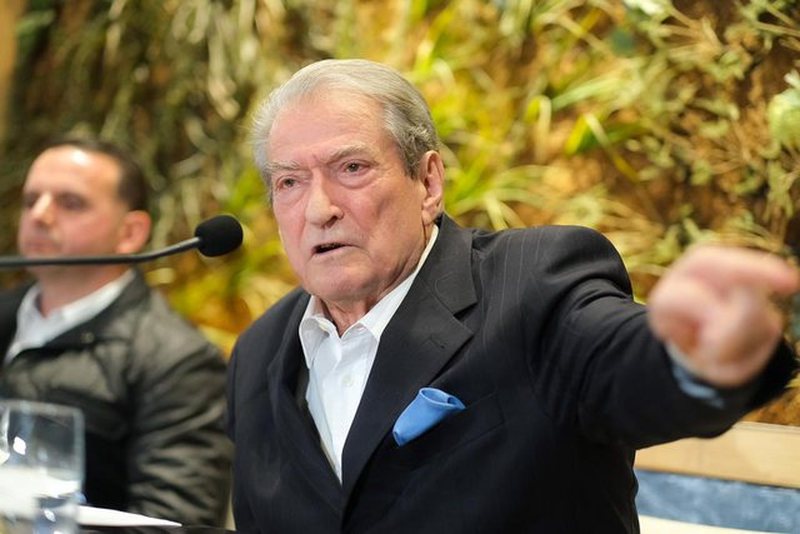 Edi Rama cannot represent us. With his actions, he tarnishes Albania's image.

Why are we boat people? Because it steals us, steals the vote, freedom, wealth, destroys businesses, there is no law. We must be there, because he does not know morality, norms, laws and standards for his power and enrichment.

Yesterday we had the president of Germany in Tirana. As if to greet him, the Russians enter a tourist resort. Personally, I have never been to that resort, but even more so that it was on a permit. We all have the document that was with permission. How can it be done. Is there a thug on his head who can do such a thing.

And why did he do this? The only thing is that he will dictate the editorial policy of those media he has. So he does everything to defeat free speech in this country. He inherited it.

His father signed Havzi Nela's hanging for free speech. He knew he acted like an executioner, but he deserves it, he said with his inhuman conscience, because he is my enemy. He considered him an enemy. This, too, deserves this businessman or journalists, for contradicting me.

So we are in the conditions where this, after taking all the powers, will defeat free speech and the media.

There are three television networks within 6 months, his victim. Ora television was confiscated by his company, only because Ylli Ndroqi did not accept the bargains with him.

All Albanians should know, it is by registration if they have not disappeared like Taulanti's registrations. When he asked a billionaire who would build a tower on the new boulevard, he said, tell him 20%. But how much was this 20%? 100 million dollars. He says no, how can I tell him.

And this is where the process begins. This does not happen in the world, they asked.

Another media has engaged a businessman and bought it. I have no objection. I am only glad that Kosovo's businesses are expanding to Albania. But I will give you a warning; if you turn it into a speaker, or you bought it with the intention of turning that media into Edi Rama's speaker, then you are making a huge mistake, because for us, freedom of speech, freedom of the media is very expensive.

So here we are, within 6 months, three media give life.