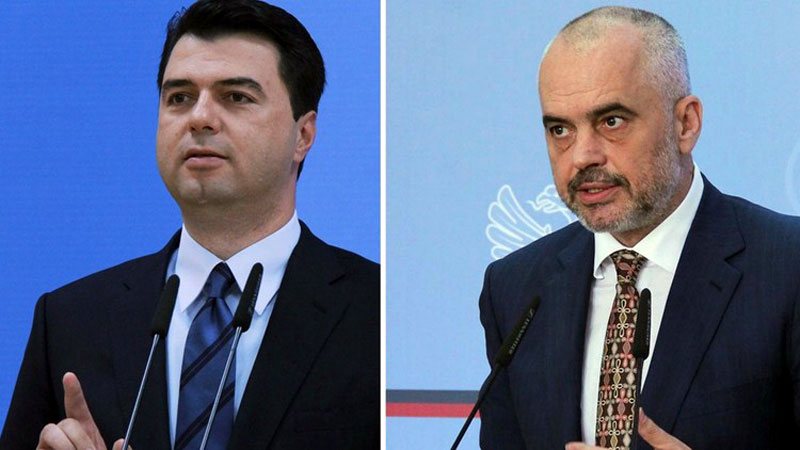 Prime Minister Edi Rama said that the leader of the Democrats, Lulzim Basha, is a puppet because he did not react to the blockade of Rinas.

He said that the logic of the opposition is gangs, pirates.

Lulzim Basha saying "why are you silent in front of what is happening at Rinas Airport". This is because according to Rama, he is just a doll.

"Imagine that a pandemic finds you with their hospitals, after hospitals, without uniforms, you do not know who was the family member, the doctor and the nurse, they talk about health, about Albania, a gang, Basha is a doll, where he is what does he think about blocking this activity, about capturing the aerial observation tower, just a few weeks before the military training, how can albania be done lolo, they have so many years to commit only for this and if they would commit so much that they are committed to it scattered mud all over Europe, that is the truth.

Basha is a doll who approaches people with smiling faces who think that people will forget how many times he has touched a job he has only done harm, he is silent and continues meetings for the foci of infections.

A tassel with a bridal suit. Lulzim Basha is not being voted, but Sali, Monika and Berisha, this is their vision and approach to the state that they treat as a booty.

"Logic of gangs, pirates, attack, as they attacked all of Albania", said Rama.