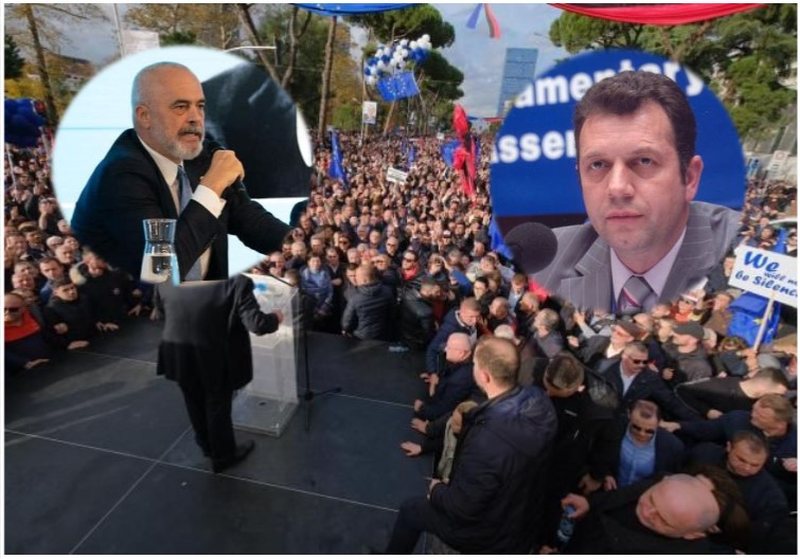 The member of the National Council of the DP, Aleksandër Biberaj, has stated that the government of Prime Minister Edi Rama is overthrown only with daily and weekly protests, since the head of the government "is a coward".

In his analysis of the political situation in the country, Biberaj in the statement for Neës24 said that the opposition should block the ports and airports in the scenario of protests.

"I notice that Berisha is clarifying about this situation, a general rehearsal was held on July 7, it shouldn't have taken all this long for the November 12 rally, daily and weekly protests were needed to overturn it.

I believe that the opposition has learned lessons and will conclude, it is easy to overthrow

Access, block ports, airports, everything for a week to unlock what Rama has blocked for 10 years.

Block any activity in this country, this is how revolutions have happened all over the world, not by bringing candles or flags to the prime minister.

The protest is non-stop and the people are ready. For me, Berisha and Meta should take responsibility as leaders of the opposition. If they do not make them open their arms, it is a very big responsibility.

There is a spirit of revolution, the day before yesterday when the event happened, a word of Berisha's would look at a different Albania, but Berisha stood up to the responsibility that belongs to him, amortized it, calmed down the situation, but there is an extraordinary dissatisfaction.

Every day that Rama is in power, the damage done to this country is extraordinary. Rama is very cowardly, the problem is that we have not yet shown him what we are capable of doing.

Protests can scare him, the people spoke, there is no government that resists. The people have overthrown the dictatorial junta, but Rama has not seen it yet, I tell Rama that you have not yet seen popular resistance", said Biberaj.