OSCE / Reagon report SP, Arben Pëllumbi press conference: Clear and unequivocal, the most positive assessment ever given for the elections in Albania 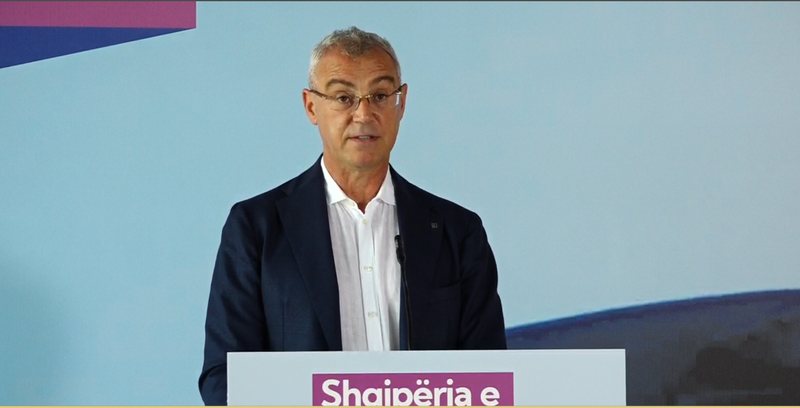 The Organizational Secretary of the Socialist Party, Arben Pëllumbi, has held a press statement to comment on the final OSCE report, which he describes as the most positive ever given for the elections in Albania. OSCE for elections.

He says the SP is now ready to address any recommendations that have not been addressed and ended up being proposed by the OSCE. Pellumbi adds that the SP is also ready to co-operate with the OSCE and local political actors.

"In the April 25 elections, voters had the opportunity to choose between candidates. In terms of a legal framework.

It is clear and unequivocal, the positive assessment ever given for the elections in Albania by the ODIHR. The credit goes to the citizens who exercised their right to vote.

Let me cite some arguments in support of the finding. Regarding the elections, the work of the new CEC is positively described, the parliamentary elections were well organized by the electoral administration.

The CEC faced new and expanded obligations. Despite the delays, the approval of the regulations, the treatment of the staff, the CEC managed to properly fulfill its obligations, operated with transparency open sessions for the actors.

Electoral administration at all levels enjoyed the appreciation of actors. Both the KAS and the Electoral College reviewed election disputes.

Regarding the use of technology, the mission states that in accordance with best practices, the CEC piloted new voting technologies.

It was emphasized that in these elections, unlike other elections, investigations were officially launched in many cases. The allegations were not limited to one political entity.

Fifth, in particular are the OSCE / ODIHR recommendations in our country. Our commitment as the biggest political force is to address the recommendations. A number of OSCE and Commissions recommendations were addressed, others remained unaddressed.

We would like to express our readiness with the OSCE and to continue efforts with stakeholders in the country to address the recommendations in writing.

In conclusion, we thank the OSCE for its professionalism and commitment to improving elections in Albania. '' - said Pëllumbi.