Richard Grenell does not stop, shows how Albin Kurti came out against the calls of Barack Obama and Joe Biden 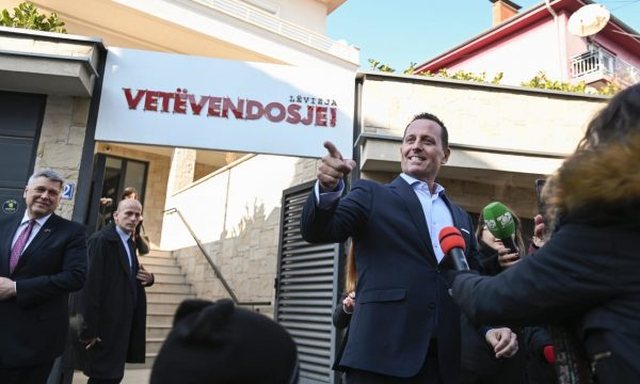 Former Donald Trump envoy for the Kosovo-Serbia dialogue, Richard Grenell, reacted today after the leader of the Vetëvendosje Movement, Albin Kurti, said that the decision of the Government of Kosovo to establish an Embassy in Jerusalem will be reviewed after mutual recognition with Israel. this decision that emerged as a result of the Washington Agreement sponsored by the Trump Administration.

Grenell called Kurtin an "anti-American leftist" who has been against every US administration since the time of Bill Clinton.

Grenell has not stopped with just one reaction. He wrote again on his twitter account, saying that Albin Kurti threw tear gas at the Kosovo Parliament to stop the Demarcation with Montenegro which was supported by US President Barack Obama.

The US envoy says that Joe Biden also asked Kurti at that time to support the demarcation, but says that the latter, despite Biden's calls, "went in the direction of terrorists".

"Albin Kurti threw tear gas inside the Kosovo Parliament, in an attempt to stop the demarcation with Montenegro, supported by President Obama. "Joe Biden also wanted Kurti at the time to support the Demarcation - and he chose the path of terrorism," Grenell wrote.