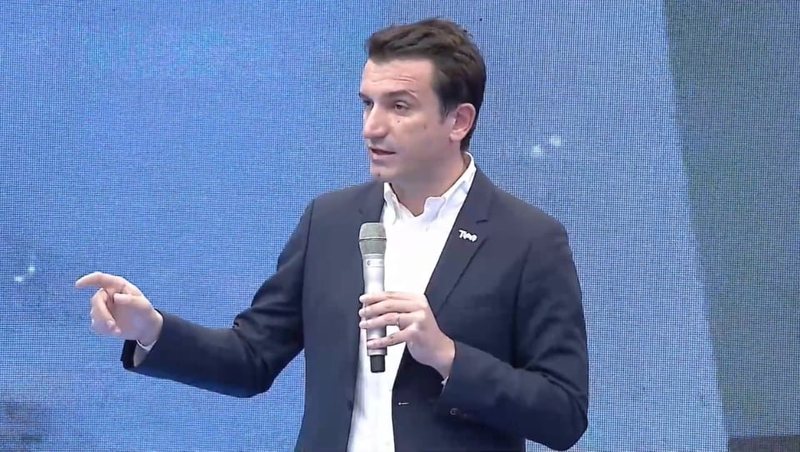 The way the November 26 earthquake was managed speaks volumes about a government's ability to cope with one of the worst crises the country has gone through in decades. Mayor Veliaj, during his speech at the presentation of the Program "Reconstruction does not stop", said that, treating this disaster as an opportunity to recover, we can say that we are on the right path to get out of this history. "Every disaster is a danger, but also an opportunity. We did our best to minimize the risk, but we also saw it as an extraordinary opportunity. Today I also speak as the chairman of the Association of Municipalities and I want to thank the government with all my heart, because it really turned into an opportunity. When even Tirana did not have the power to do all these good deeds, imagine small municipalities like Kavaja, Rrogozhina, or Shijaku. It would be beyond any fantasy, so even today I thank you with all my heart and I can't wait to come out white-faced, "said Veliaj. The Mayor of Tirana said that Reconstruction is not only an opportunity given once in a lifetime to families who lost their homes in the earthquake, but it is a great opportunity to build new schools, 40 of which only in Tirana, new neighborhoods, infrastructure complete and a new construction standard in each affected area. "The Municipality of Tirana had the ambition for 17 schools, today we have moved to 40, so 23 more were added. There will be a better school, a nursery, a kindergarten, or better infrastructure. If you live today at "5 Maji", the infrastructure that will come, together with the new neighborhood of post-earthquake construction, will have sewers, water supply, roads, underpasses and sidewalks that the Municipality today, at its own pace, would probably do them after 10-15 years. We just signed 140 new housing contracts in Kombinat. 340 are now made in total. Until the spring, everyone will have the order contract, "confirmed the mayor. The urban legends that these houses will be taken by the government, or that Samiu will be in Paskuqan have been dismantled, said Veliaj. "These are desperate legends of those who are leaving their parties in the rubble of the earthquake," said the mayor of Tirana.

The fight against the coronavirus / Rama gives another good news

Kryemadhi faces an embarrassing situation and can not contain himself in Fier, laughs: Ilir Meta says calmly and with love!

Veliaj and Manastirliu from Unit 9: PS makes the difference, it is hope and good for the country! PD and LSI we have left the shame and the files in SPAK

Meta, anxious for April 25, comes out with another strong message addressed to the Albanian voters

"My first message is addressed to those huts and shadows that roll in the corners at night" / Lulzim Basha sharpens his tones, comes out with a strong warning: After April 25, he will be imprisoned