Roland Bejko lists the reasons why Berisha should not return to the helm of the Democratic Party: Berisha confirmed that the party is not a chairman 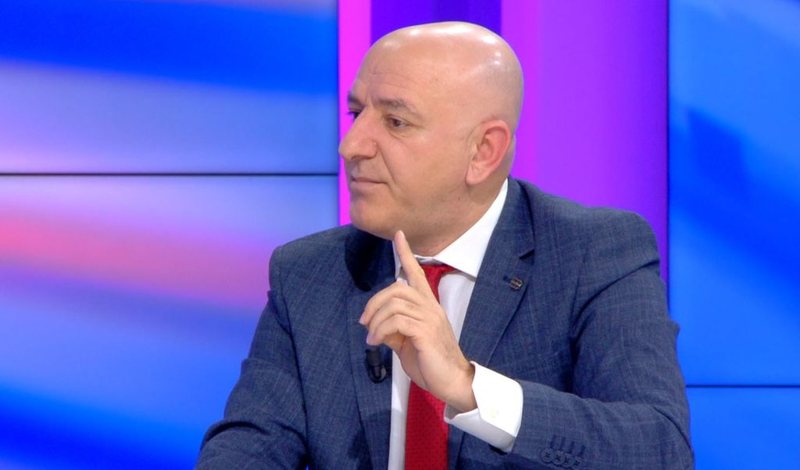 Former member of the National Council, Roland Bejko has spoken out against the takeover of the Democratic Party by Sali Berisha, listing several reasons.

Invited this evening to "Top Story", Bejko said that Berisha took over the party only when he saw himself in danger, not when the PD collapsed.

He said the former prime minister is already using it as a shield against US attacks. Bejko added that Berisha promised in vain that the party would not be the property of the chairman, just to take the lead again.

"If Berisha would slow down the movement after April 26, I would see it as a political project to change its face. To do what he promised in the rostrum that said PD will no longer be the party chairman. He listened to us in the studio and picked them up and articulated them. He had a purpose, to get what he wanted. Democrats demanded that the DP not be of a chairman. This did not happen and Berisha confirmed it. Mr. Berisha always gives the audience what to ask because he cares what he will get. He declared Luli an enemy, put him in prison, did everything he could to take over the leadership of the party. This perpetrator was even in Basha's time at 90%. Basha's people are with Berisha today. Berisha needed loyal people, he is known to take the party, not to take it.

He did the action when he felt sorry for himself. Those who make speeches against Basha were previously checked at the press office.

Berisha needed the party because he has problems with the Americans, because when he comes under attack he is protected and treats the DP as a bunker.

He does not accept to leave politics. That he agrees to take it out and stay two actors. When he realized that Basha could pull out the party, he took it himself. Basha was legitimate. Basha never made that decision, but we defended Basha because he was the legitimate chairman. We demanded Basha's resignation when the third came out on March 6th. When he saw that it was the majority, we told him to withdraw. In Albania, unfortunately, PD, Berisha has disappointed people who believed him. Every step Berisha takes, the more people leave him. "Even if Berisha kept his word, no one needed that party because it would be isolated from the Americans and Europeans and in internal affairs here," said Bejko.