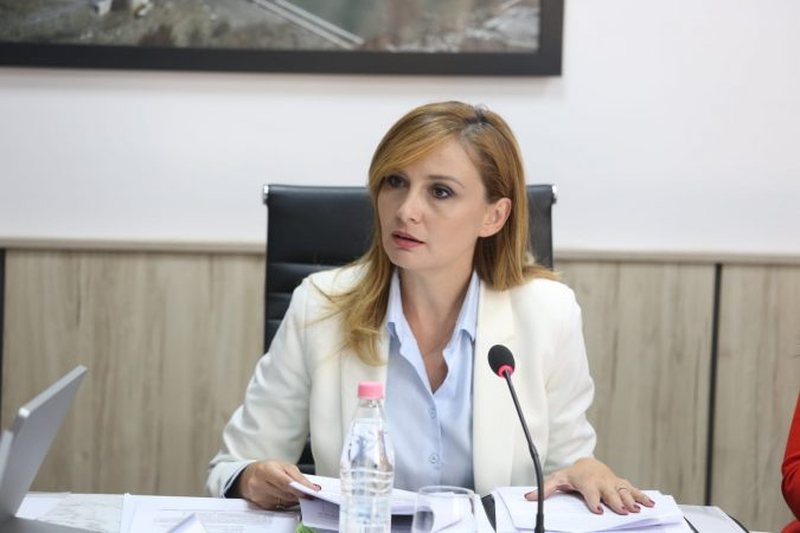 PD MP Jorida Tabaku spoke after the meeting held by ERE about the one-month postponement of the initial decision to increase the price of electricity for consumption over 800 kWh.

Tabaku stated that the price is being determined after the government's requests, and she described this as "usurpation and taking of powers".

"I was the first, right after I came to the meeting of this board and read some data that I probably haven't read before, I made the call that it should be saved, definitely. It is our duty, of all of us as citizens, let alone our public duty, you for your functions, me for mine. There is absolutely nothing wrong with calling to save, and I join your call, as I did two weeks ago, that every Albanian family, every citizen must save, and we decided to take measures to save. What we are discussing here today is connected in two prisms. I have seen the material at the time it was sent to us until today and there is no new argument for consumption. It once again confirms my position from last time that the increase in the price of energy is unnecessary, because this is what we are deciding today. I appealed to you on October 1st that the decision should not take effect, and these are the arguments that I am hearing today that I was right. In fact, the government gave me the right.

I had some questions about your functions. I heard Ms. Balluku who said "we decide on the price of electricity, ERE sets the price, the ceiling price and we decide when it can enter or not." First of all, you don't set a ceiling price, you set a fixed price per kWh, like the decision I read last time, it's not up to the government to implement it or not.

"The government has proposed to you and ERE has set a ceiling price and within this ceiling price it is up to us when to do it." While the meeting of this board is showing that ERE is actually the one that determines the price, after the request of the government. And I don't agree with that. By usurping and taking your powers.

Listening with interest to all the members of the board and once again I want to call on you that with this new data that you think you have received, charge in the framework of the evaluation in a second moment and revoke the decision do not postpone it with one month.

If consumption has started to fall, if saving has started to happen, if the data shows this, then I think it is necessary that this decision to increase the price of energy be revoked, not postponed by a month.

We can not leave the consumers until the last moment waiting will come into force tomorrow or not. Because it may happen again that on October 30 the government appears as if it has escaped the situation and is not putting it into force even on November 1.

The government certainly cooperates with you, sends you information, you have a duty to communicate with them, but you depend on the parliament", declared Tabaku.

The session of the two assemblies, Berisha speaks outside the parliament: Edi Rama, the biggest enemy, has continuously stabbed Kosovo in the back

"We must be together more often!" Albin Kurti's message 'stings' Rama on the 110th anniversary of independence: Let's get involved in each other's issues, but not to hinder

"We will see Serbia through the eyes of Kosovo"/ Enkelejd Alibeaj targets the SP at the meeting of the two assemblies: the Open Balkans puts it on a dubious path...

"Let's turn the borders into formal ones!"/ Lindita Nikolla opens the meeting session of the two assemblies: Marked day, once this moment seemed like a dream to us

The 110th anniversary of Independence, the two Parliaments of Albania-Kosovo meet, the joint session begins