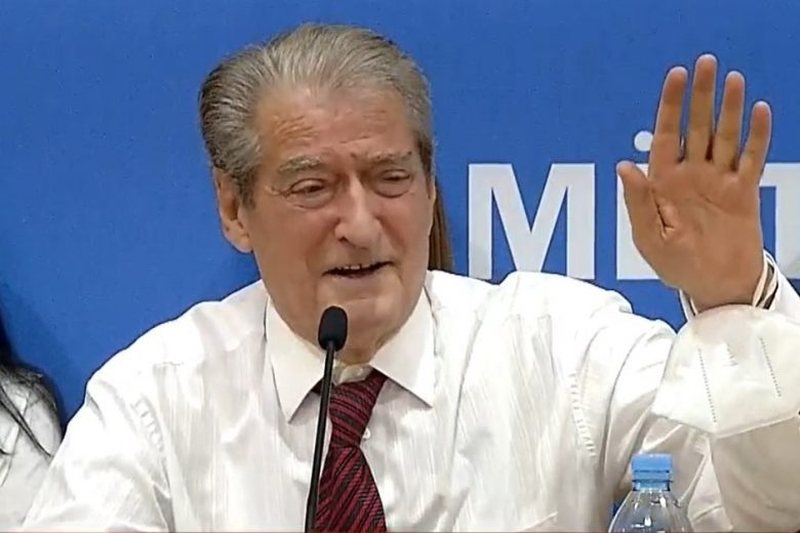 Former Prime Minister Sali Berisha in "Foltoren" held in Vlora has accused the leader of the Democrats Basha that he was strangled by Edi Rama and has destroyed political pluralism in Albania.

He also spoke about his declaration "non grata" from the US, where he showed that he told his American friends that all this is political, as no one can be caught 8 years after leaving all official duties.

"There is no political pluralism in Albania, because the main pillar of pluralism, which is the opposition, has no form, no statute and no membership. There is only one person who says he does not ask about party forums and laws. This is the ugliest facade of pluralism. Edi Rama, taking his hostage by the throat, has removed pluralism.

I had decided never to return, but such circumstances would wake you up even from the grave if you were. Anyone can ask, "Does the doctor have this for himself?" I say no, and I will argue. On May 19, in a more political, more vindictive way, I declare myself "non grata" for significant corruption. A man who even when the opponent campaigned, told the citizens that he is not corrupt. With what he accused me of, I will face in court. I am one of the people who have entered the office of the US Secretary of State most often since March 15, 1991, meeting every Secretary. I was accused of opposing George Soros for the partition of Kosovo.

They opposed Mini-Schengen and later the Open Balkans because they established Serbian hegemony. I have American friends who told me: “Sali, it is clear that this is political. "A man cannot be caught 8 years after he left his duties." "I sue him for defamation, to maintain my dignity", said Berisha, among other things.