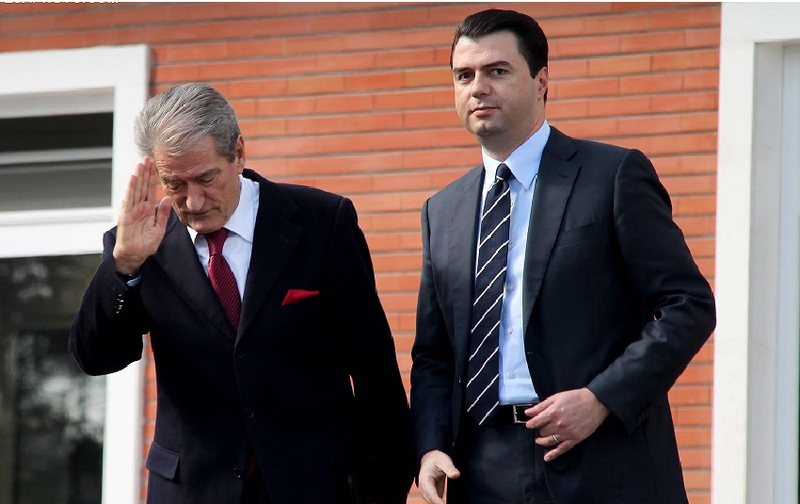 Former Prime Minister Sali Berisha says that the former American ambassador, Donald Lu, brought to the office the file "Muzin" in charge of Lulzim Basha, where, according to him, he implicated the leader of the Democrats in money laundering.

Berisha says that according to an American report, Basha was asked to remove the former prime minister, otherwise the consequences would be suffered by the leader of the Democrats.

Further, Berisha says that for some time, Basha could not go to the US, due to this warning.

"The 'Muzin' file was given the foreign report to a journalist and he made it public. The file is not based on the report. Donald Lu brought the file to me. But he claimed, to me that that money was Russian money. Those from Scotland, a seashell-based company had been bought by a Scotsman but were from two Russians. The problem is with the Muzin file. In the file brought by Lu, there was a document from the Ministry of Justice for Nick Muzin who was Lul Basha's lobbyist. Nick Muzin in the first testimony had shown only these, but in the second testimony according to the report that was published by the media, Muzin told them all. And when the Tirana Prosecutor's Office was investigating Basha for money laundering, he asked for the file Muzin. Muzin told in the second testimony the truth because he was caught in the flin albtekin case, and stated it all.

He no longer sought to protect the client. After telling them all, the file came here. Lul Basha was summoned to the prosecutor's office. Report, remove Berisha, or you are here and there in the dungeon. He could not go there. I'm saying what the foreign report said. It has not been opposed by anyone. I knew what he had told me, I did not know he had violated any money transfer law. He had told me that that money was collected in the Diaspora and paid here. I believed what he told me. The Muzin file is not invented. To him, for two years or so did not go to the US. He was measured twice to go but did not leave. "The international report never came to the Prosecutor's Office, but it came to the American Embassy", said Berisha for Opinion.

"There was a slide" / Arian Çani is surprised by what he says about Ilir Meta, he also reveals the move he will make if he is declared 'non-woman' by the USA

"Does anyone in this country hear how serious we are?" / Erion Brace bursts into revolt and tells what is happening: This is the third strong blow! The whole world is shaking from the food disaster!

Ilir Meta attacks the Americans after the signals that he will be declared "non grata", makes it clear that he will expect them as occupiers as soon as he leaves the Presidency

PS-PD negotiations for the new president fail, Alibeaj accuses Balla and Rama of blowing up the consensus, the Socialists show their condition

EC President Charles Michel: I support the 'Open Balkans', let everyone gather at one table! It is an integration step

Flamur Noka: US never rejects the will of a people, statements against Berisha sponsored

Singer Rovena Stefa is very reserved regarding her personal life, however abou...