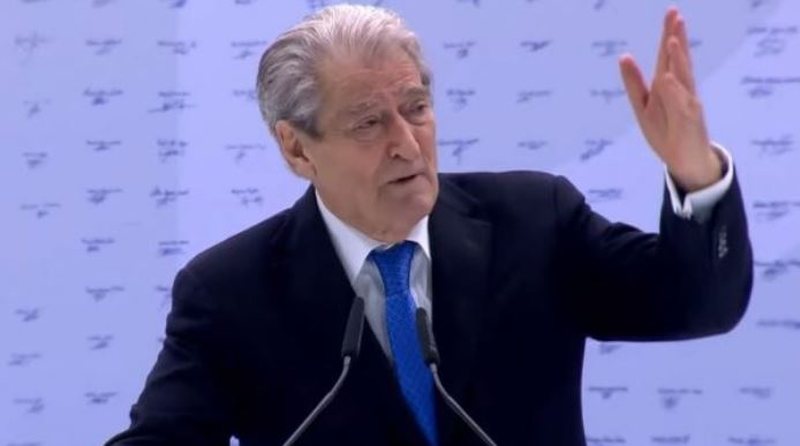 Former Prime Minister Sali Berisha has threatened riots after the physical attack that was done to him a few days ago. Yesterday, in his speech at the FRPD assembly, he called for a revolution and the overthrow of Prime Minister Edi Rama by the government. "Those young people and students led by a young man, transformed in 24 hours from an unrepeatable hero to a legendary leader. You brought the dictator to his knees and forced him to establish pluralism in Albania. This will inspire you and the Albanians at any time in the battle for freedom and dignity. This legacy invites you today to rise to the height of your noble ideals, of your peers 30 years ago. So today the main word is one and only one, revolution and only revolution. Albania is not saved by prayers, it is not saved by declarations, Albania is saved by revolution. He is saved by those who love him and those who turn out to be God, he is saved by those like you who are ready to face tooth for tooth the tyrants of the old regime, with Edi Rama, this executioner's son, who hates the Albanian being, who hates the freedoms of Albanians, who hates the dignity of Albanians", emphasized Berisha. He then openly threatened Prime Minister Edi Rama, as he stopped at the physical attack he made. Berisha said that he could have died, but according to him, their cause will not be betrayed. He swore that he will fight until the fall of Rama. "We will come out for God Albania. We are ready to fight any of its invaders. Nothing stops us from achieving our goals. Edi Rama, this coward took a criminal out into the street and shot him. A man may shoot and a man may be killed, but the cause never dies. We will prove to Edi Rama that our cause, will triumph that we never give Albania, that we never give freedom. "Woe to you for affecting our vote", said Berisha. He described Rama as an "executioner", as it seems that the punch attack has significantly irritated the former prime minister. "Albania is not saved by prayers and declarations, but by revolution. God saves those who succeed, they save those like you who are ready to face Edi Rama face to face, this executioner's son who hates the Albanian being, hates the dignity of Albanians", said Berisha.