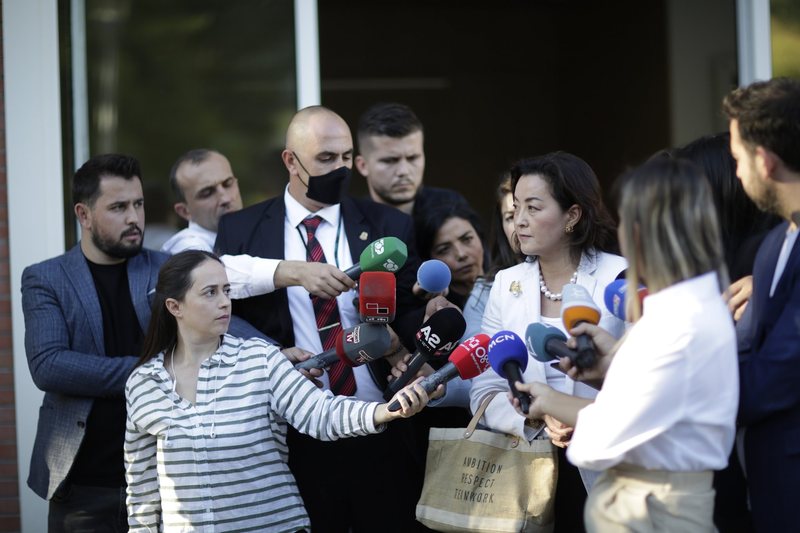 The United States of America sent 2 deadly messages to former Prime Minister Sali Berisha yesterday. The Special Court of Appeal Against Organized Crime and Corruption decided yesterday to reopen the investigation into the "Gerdec" tragedy, while the US Ambassador to Tirana, Yuri Kim, made it clear to former Prime Minister Berisha that he was on the side of the Democratic Party leader. , Lulzim Basha is the American government. More specifically, yesterday the GJKKO Appeal returned for investigation to the SPAK the sensational file of "Gërdec", thus accepting the request of the prosecution and the Durdaj family.

The reopening of "Gërdec", an alarm bell for Berisha

But in addition to the investigation of the former Minister of Defense, Fatmir Mediu, other officials are also endangered to be investigated in the "Gerdeci" case. This is clearly shown by yesterday's decision taken by the Special Judge of Appeals, Saida Dollani, who leaves the SPAK free, which, although it requested the trial of Fatmir Mediu, has two options, or to continue the investigation in case the evidence is incomplete, or the former senior official is handed over to the defendant with the same findings of 2009. These solutions, according to Article 329 of the Code of Criminal Procedure, may automatically lead to the deepening of investigations beyond the former Minister of Defense, or his submission to the anti-corruption court. So, this means that if the "Gërdeci" file is re-examined from the beginning, it is not only Mr. Mediu who is endangered, as the persons involved in that tragedy will also be scanned.

But the reopening of the "Gerdeci" file is not the only headache for former Prime Minister Sali Berisha. The latter, after being expelled from the Democratic group, has launched an action against Basha, while yesterday from the courtyard of the blue headquarters, the American ambassador, Yuri Kim, while speaking to the media, made it clear to former Prime Minister Berisha that the US will not allow what to pull behind the Democratic Party. It came with clear messages from Washington. "As soon as I returned, I returned just a few hours ago from Washington, DC, where I had the opportunity to talk to leaders of various agencies, including the State Department, the White House, the Department of Justice and other institutions. And, of course, I had the opportunity to update my leaders and colleagues on the situation in Albania. I thought it was extremely important to come to the DP right away to share with them what I learned in Washington and what we are going to do from this moment on. I told President Basha that Washington remains committed to working even more closely with the DP. As everyone knows, the United States government has always had a strong, special relationship with the DP from the beginning. "We were close to the PD when it took power for the first time and we hope to be able to celebrate again when it takes power again," Kim said. She made it clear that all corrupt people, no matter how powerful, will be punished, sealing the tragic end of the former prime minister. "I would also like to confirm that from Washington's point of view,