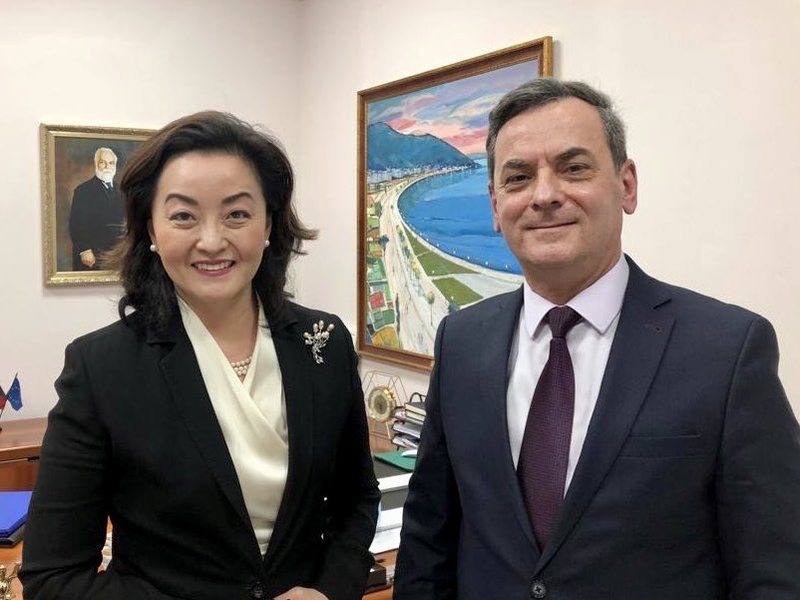 US Ambassador to Albania Yuri Kim met yesterday with the President of the Supreme Court Sokol Sadushi. The ambassador reacted through a post on social networks on the details of the meeting, where she said that there was talk of introducing more qualified people in the system. "Productive meeting with Sokol Sadushi, President of the High Court. The backlog is being reduced, but we agreed that we need to accelerate, the US will provide technical assistance. "The next steps for the introduction of qualified judges in the system were also discussed, while the vetting continues", declared Yuri Kim. But what did the ambassador mean by the phrase introducing qualified judges into the system? The signals are that her message is about appointments to the Constitutional Court. Appointments to the High Court are made by the High Judicial Council, while the Supreme Court the only judges it appoints are 3 in the Constitutional Court. So it seems that the meeting is focused on this part, for the other fact that the Supreme Court has in hand 4 candidates for the place of Fatmir Hoxha in the Constitutional Court. KED at the end of last year qualified 4 names and sent them to the naming institution. The newspaper denounced it weeks ago that the plan was for the Supreme Court not to vote, but to automatically appoint the first person in the ranking. It is about a person who enjoys the sympathy of the president. But the situation has changed and the Supreme Court announced that it will wait once it is filled with 10 members to make the vote. Yuri Kim's presence in court yesterday seems to be a signal that Americans will not allow the president, or politics in general, to catch candidates running for Constitutional.