"Scandalous abuse", PD publishes the video and denounces Rama's minister: He spends 10 thousand euros every week, goes by helicopter for the election campaign in Debar! 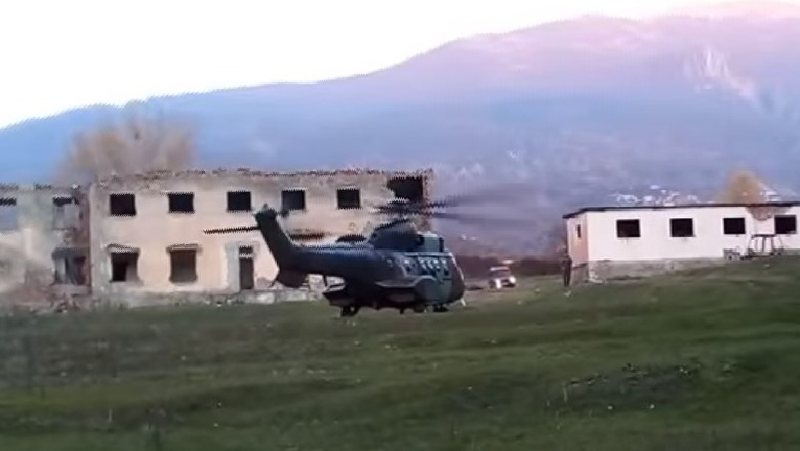 The Democratic Party, through former MP Xhemal Gjunkshi has come out today with a denunciation for the Minister of Defense Olta Xhaçka. While publishing a video, PD accuses the minister of going by helicopter for the SP campaign in Debar, spending 10 thousand euros each.

"The Minister of Defense Olta Xhaçka extorts 10 thousand euros every week from Albanians, to come by helicopter to Peshkopi for the election campaign. Instead of spending money to help people in this difficult time, Olta Xhaçka uses the helicopter of the Ministry of Defense for the SP campaign in Debar.

10 thousand euros every week, for almost a year means that only Olta Xhaka, for private party interests, has spent almost half a million euros of citizens' money. It is a scandalous abuse, which revolts every citizen, who spends 100 thousand ALL for the tampon in private, who buys the oxygen cylinder himself, who is afraid that there is nowhere to collide.

The staggering expenses of Olta Xhacka, who uses the helicopter as a private taxi for party work, revolt any business that suffers from a lack of support from this government. "It's cheaper for us to get rid of these heartless and insolent people who make fun of and steal from the citizens," said the former MP.

'This was great and long-awaited news', Basha honors the hero of the Kosovo war

After Dubai, the Bosphorus Bridge in Istanbul is "dressed" in red and black (PHOTO)

'There are many leaders, but there is no program', Mimi Kodheli: The opposition is without ...

She is the first Albanian to be elected vice president of the NATO Assembly, comes the first reaction from Mimi Kodheli

Referendum on April 25? Edi Paloka comes out with a strong statement

"My cousin passed away from Covid and was not reported", the number 2 of the Democratic Party comes out with a strong warning: We have facts for hiding ...

It was part of Basha's tent in front of the Prime Minister, who is the PD militant who was caught today with a cane and a shot in the car (PHOTO)

SP sets up commission for Dick Marty report, comes the strong reaction of President Meta: Here is who motivates the indictments filed against the KLA!

"The opposition should return to the multiplication table", Ahmetaj gives the good news and reveals the important project that the government is expected to close by May 2021

"This is madness" / Faced with the unexpected situation last night, the outraged Brace publishes the video that is being distributed rapidly and comes out with the urgent cry: Shame! As soon as ...