Albania declared the Russian diplomat 'non grata', this is what the Voice of America writes 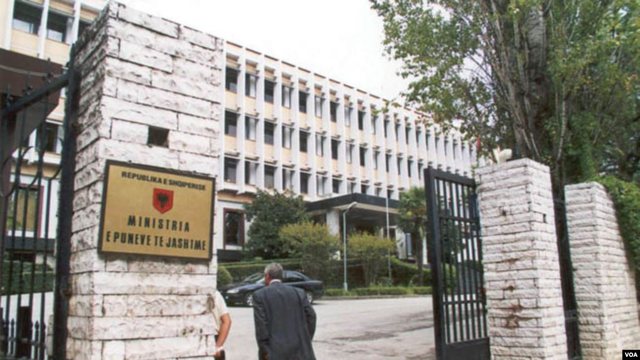 The Albanian Ministry of Foreign Affairs announced today that it has declared the Second Secretary of the Russian Embassy in Tirana, Alexey Krivosheev, as unwanted and has requested the removal within 72 hours, due to non-compliance with the Anti COVID rules set by the Albanian government

According to the announcement, since the beginning of the pandemic, the Russian diplomat had repeatedly challenged the restrictions imposed by the Albanian authorities, even after the official complaints addressed to the Russian embassy.

Diplomatic sources explained to "Voice of America" ??that diplomat Krivosheev had recently broken the quarantine, as he was affected by the Coronavirus.

The Ministry of Foreign Affairs announced that "senior representatives of the Ministry of Europe and Foreign Affairs, have contacted the Ambassador of the Embassy of the Russian Federation in Tirana, Mihail Afanasiev, expressing concern about the continuing violations of anti-COVID measures -19 by the diplomat. The Ministry has welcomed and deeply appreciates the Ambassador's fully cooperative role in this matter, with the promise that these acts will not be repeated. "Unfortunately, contrary to the promises, the diplomat continued to violate the measures, despite the expression of good will of both parties for the non-repetition of the violations", the announcement specifies.

According to the Ministry of Foreign Affairs, "the repeated challenge of the rules and protective measures against the pandemic, and the disregard of the concerns of the Albanian state institutions regarding them, can not be justified and can not be further tolerated." / VOA