"He is incorruptible and tireless", Albin Kurti campaign in Albania: Vote my friend! 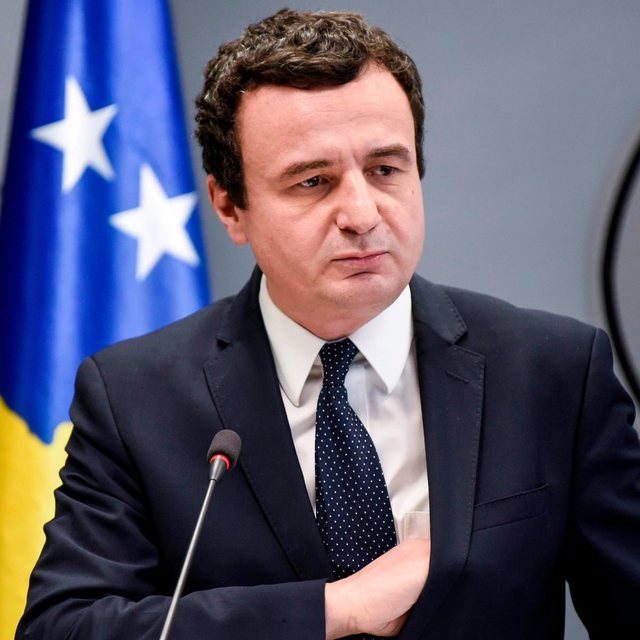 Kuri does not spare praise for Abazi who has previously held a number of important positions in the Vetëvendosje Movement, as he says that he is incorruptible and tireless.

My friend and colleague, Boiken Abazi, is running for MP in Tirana. Boiken is an independent candidate, his number on the ballot is 13.

I have known Boiken Abazi for many years, and since 2010 he has held senior leadership positions in the VETËVENDOSJE Movement! He recently headed the Secretariat for Foreign Relations, and thanks to him, today our organization is internationally recognized.

Boikeni is a man of high work ethic. Incorruptible, but also tireless. He is the opposite of the populist, he is a man of very prudent words, because he constantly wants to support the position with strong logical arguments.

Boikeni represents the values ??of a new social democracy for Albania - far from bargaining with monopolists, against neoliberal inequality, and solidarity with citizens, activists, employees, the unemployed and students.

You can easily find it on the ballot paper of the Tirana District for the April 25 elections at the end of the ballot, with the number 13, where it says "Independent candidate Boiken Abazi".

Rama-Basha race, Patozi bluntly says before April 25: I am afraid I will…

Alfred Peza reveals the behind the scenes: I tell you why Ilir Meta goes to Vlora! There are deputies who are no longer with the SMI ...

Bushati reveals the behind the scenes to the Democrats: PD is spreading fear, why does not Berisha come out to get the vaccine?

Sali Berisha reveals Rama's sudden move after April 25: He will escape to ...

April 25 / Agron Duka warns: Votes are being bought, soon PD will come out with names!

Sali Berisha surprises with the statement: I would do the PD list differently, it differs a lot from that of 2017 which ...

The issue of personal data in e-Albania, warns the well-known analyst: There will be a storm before the elections!

"I do not deal with spies of the former State Security", a quarrel broke out on the show, Frrok Çupi makes the drastic decision for the well-known journalist: Why do you act as strong? With me be careful ...

He invited him to a public debate, Basha bites Prime Minister Rama: He is leaving, that is why he is afraid of confrontation!

The well-known former MP brings out the strong behind the scenes, shows the "earthquake" that has fallen inside the SMI, reveals the well-known figure they want to remove from the party: There is a clash with Ilir Meta

Decline in the number of infected, the chairwoman of the Committee of Experts has an appeal to political parties shortly before April 25