How will you deal with Rama, when you have only 20 deputies left and was the inclusion of Berisha's deputy in the Electoral Reform Commission a provocation? Alibeaj reveals his strategy: Bylykbashin e ... 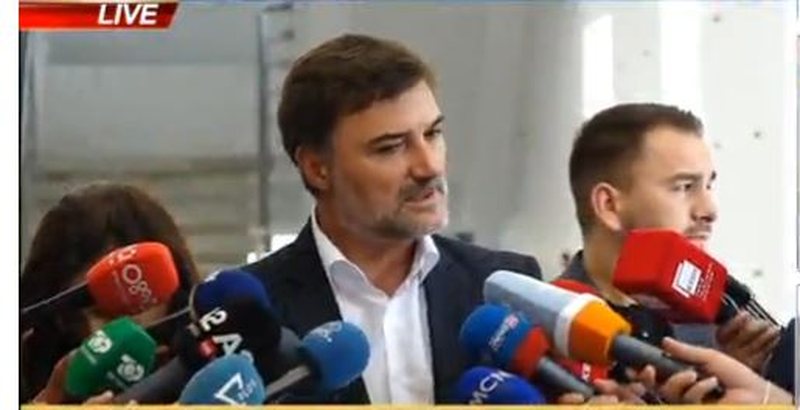 At today's meeting of the parliamentary group of the Democratic Party, the names of the deputies who will form the two commissions discussed so much, the Electoral and Territorial, have been determined.

Among them, the involvement of MP Oerd Bylykbashi positioned next to former Prime Minister Sali Berisha in the internal debate of the Democratic Party stands out.

Asked by the media if Bylykbash's involvement is a provocation, Alibeaj denied it, saying that he has the right experience for such discussions. He said that although the majority has no morale for such topics, the opposition will be determined to send the battle to an end, as this according to him is a need of the citizens.

Criteria that members are selected?

Alibeaj: Participation in the commission is based on experience, professionalism, knowledge they have about the relevant subject. are names that have in their past the necessary experience and ability to make not only professional but also public debate.

How will you discuss with the majority?

Alibeaj: We know that we are in opposition. Stolen even. If so the dilemma we have to have is either to flee the battles to save face, or to make battle. We will fight for both commissions. The Allies have their posts, it has been our request to do this job. How do you say we leave the battle of Electoral Reform? It is our duty to put forward the sensitivities and needs of the public. Need Territorial Reform? What is the alternative? If all parties agree on the selection of the President is to participate. Has Territorial Reform been said to participate? Have we agreed to participate in the Electoral Reform? There is a need for desire to protect the public interest.

In which targer did you make the decisions today. And why did you appoint Mr. Bylykbashi as part of the commission?

Confronting Rama and everyone is more moral. With ideas that have morality inside. We strongly advocate and defend those who are the most important needs of Democrats. If we look at our interests it is shopping. Needs to see Territorial Reform. What we believe is that when you enter with morality, sincerity, regardless of what the political cartel thinks of the majority we need to do this job. It is a matter of ideas.