The scandal with the Incinerators/ Kryemadhi reveals: This is why the companies were sold to the elderly 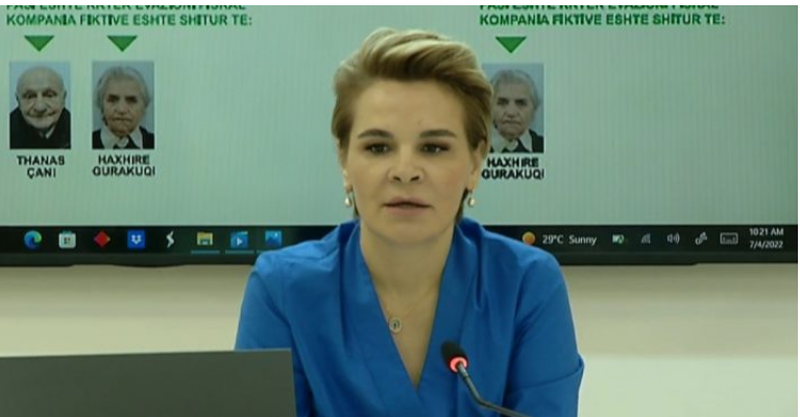 The chairperson of LSI, Monika Kryemadhi, spoke this evening on a TV show, regarding the scheme that was used in incinerators for companies to do tax evasion.

During an interview, Kryemadhi says that two elderly people over 90 years old were used in this scheme and they turned out to be the owners of several companies.

But according to her, the owners of the companies are other people, but they have lost track by using the elderly.

"Outwardly, these companies are fine. In the financial system, in the system of incoming and outgoing letters, these are in order, but the movement of goods in circulation is not. And what have they done? To cover their tracks, these companies have all sold in second. Lumi 6 has sold the company with a turnover of 7 million dollars to two pensioners, Thanas Cani and Haxhire Gurakuqi, sorry for mentioning their names. One is 94 years old, the other is 95 years old. Those who in 2019 bought companies that did tax evasion, issued invoices for incinerators. Why was this done? This has been done since They have issued invoices for concrete, asphalt, construction buildings, soil movement. These are immeasurable. You cannot measure the movement of soil and concrete in voluminous work because you have to check it every moment. This retired couple, 94 and 95 years old, have bought three businesses worth 30 million dollars. Why does this kind of pattern happen? Because through this kind of scheme they try to hide their tracks. By selling to two pensioners who are 94-95 years old, where will they find them, where are they?", said Kryemadhi.

The elderly woman whose name appears as a company owner declares that she lives in an asylum and that she has no information about what other people have done using her name.