"He had no face to look me in the eye, he was angry that I made the hospital" / Which prime minister is Behgjet Pacolli biting? 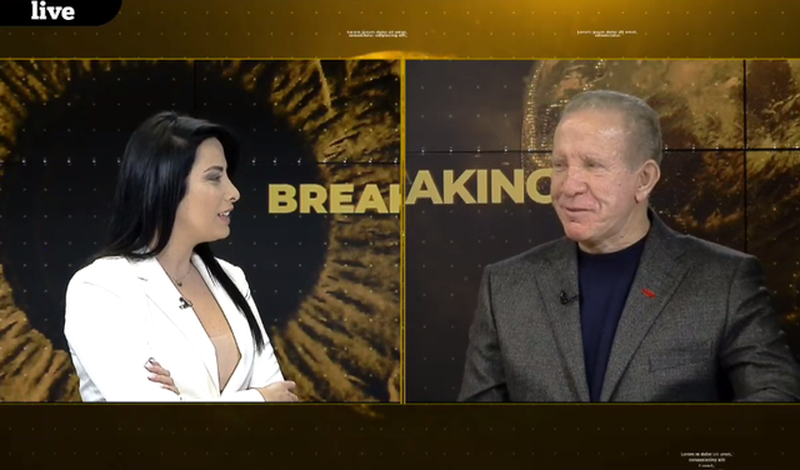 Politician and businessman Behgjet Pacolli spoke today in "Breaking" about the investments he has made in Albania and Kosovo.

As the works for the construction of Vlora airport started, Pacolli said that there is no reason in Kosovo to feel sorry for this investment, as until today he has employed 5000 Kosovars in his businesses.

Pacolli said that one of the problems he faces is when the change of governments blocks investments.

He said this sometimes happens out of anger, as they are not open-minded and think for the good of the people.

"Politicians often do not think for the good of the people, while an entrepreneur always has an open mind for their own good.

I remember that I made a very modern hospital in UCCK, a young but very modern pediatrician, and I was left with the goods in Durrës. That when it was found out who is making this investment the import was blocked on purpose.

And it so happened that half of the modern equipment for the hospital broke down due to climatic conditions, and we had to pay again to get the tools.

"When I went there for the inauguration, they did not even mention my name at any time, while a colleague of mine ironically told the prime minister that 'this investment came to us from heaven,'" Pacolli said.

"Meetings are being organized secretly", the LDG branch in Durrës reveals Lulzim Basha: Nobody has resigned ...