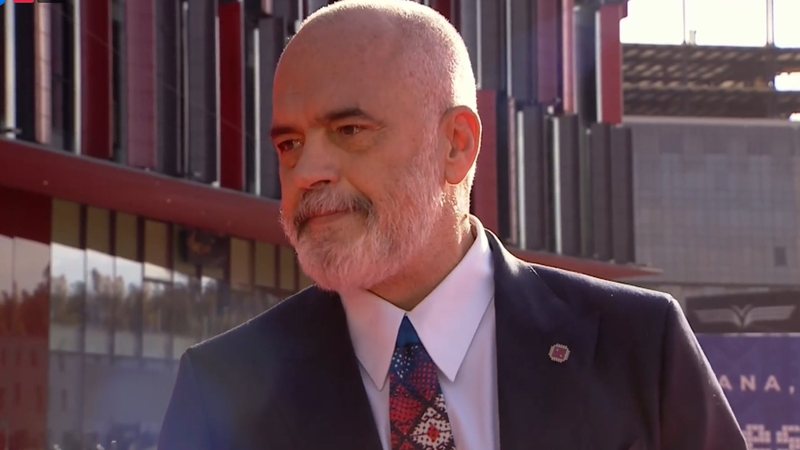 Prime Minister Edi Rama's jokes and teasing were not missing even today. Today our capital welcomes leaders from 27 European countries and 44 delegations within the framework of the EU-Western Balkans Summit.

As a result, from the early hours of the morning, Rama started the reception of the EU leaders, to then accompany them inside the premises of the "Air Albania" stadium.

During the reception, Rama spoke about the foreign journalists, who are in the external premises of "Air Albania".

The Prime Minister said that today's summit is an extraordinary event for Albania, while it constitutes a strong signal of European awareness that the European Union needs the Western Balkans.

Rama jokingly said that he couldn't help but wait for the European leaders without the sun.

"We brought the sun for you," Rama told reporters.

Meanwhile, he "harassed" them by telling them not to consume all the wine, which he gave to foreign journalists this morning.

"Please don't drink all the wine we gave you in the morning because it might make you sick," he said.