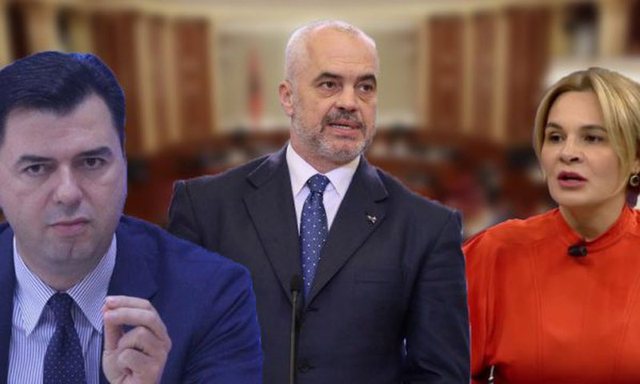 If the April 25 parliamentary elections were to take place today, a Euronews Albania poll in collaboration with the prestigious company MRB found that 41.8 per cent of Albanians would vote for the Socialist Party.

The poll found that even if all opposition parties were to oppose the SP, they would get 42.7% of the vote, while the Socialist Party would win 44% of the vote. The difference between the camps is 1.3%.

The bag of votes that are unidentified, that either did not decide, or do not want to answer, is 16.1%. This is a significant figure for parties that will want to improve their score by seeking more votes. This is because loyalty to the main political parties in Albania continues to remain high.

From the survey data, the base of these parties that voted for them in 2017, would vote again at a high percentage, about 90% for SP and PD. SMI voters in 2017, seem to have lost loyalty four years later, because they would only support it by a mass of 63.2%.

Turnout is a key factor in determining the winner of an election. Asked about their determination to vote in the April 25 elections, 63.2% say they are very confident that they will go to the polls, 25.4% are sure, 5% are not sure, 6% are not sure at all, while 0.3% do not know or have refused to respond.

Regardless of which camp they vote for, the majority of Albanians polled think the SP will win the election (49.1%).

DP isolated Rama that SP is entering the elections alone, Veliaj responds to the opposition: SP has formed a coalition with…