"Today is the day of the truth"/ Erion Braçe makes strong statements in the Assembly, Minister Frida Krifca is irritated: I don't understand why you are shouting, I am one step away, don't mention the names of... (REPLICATIONS) 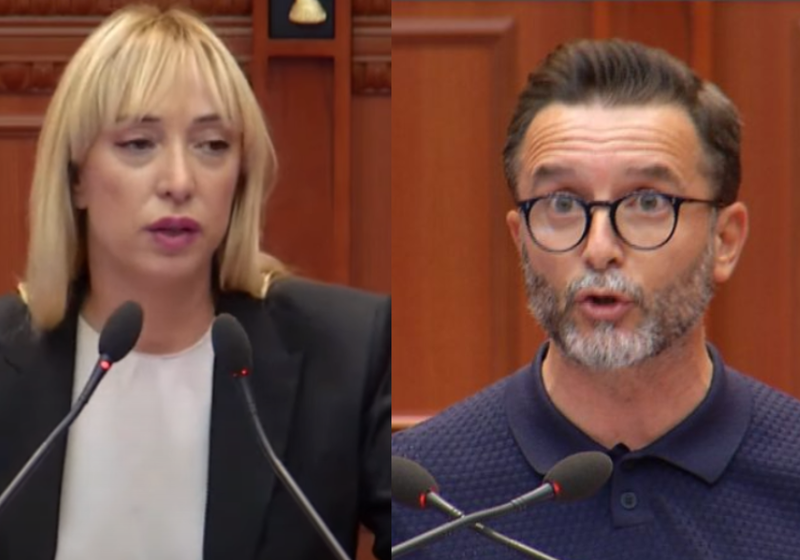 The Minister of Agriculture Frida Krifca and the Deputy Prime Minister Erion Braçe clashed fiercely in the Assembly regarding the conditions offered by the market for domestic production.

Brace mentioned by name some of the companies that, according to him, are abusing the market. "Fraeno has sold in Kosovo, once with 12 cents in Kosovo and in a few minutes he starts the next truck with 14 cents. They are also playing games with Kosovo. "Doni Fruits sells a truckload of 12 cents, two trucks of 11 cents in the same place, to itself," he said.

The Minister of Agriculture asked Brace to lower his voice while emphasizing that the mention of private companies is unnecessary.

"I don't understand why you have to shout when I'm a step away and can hear you. These are not a surprise, nor did I create them, I expected my colleagues to condemn what the opposition did last week. The lady here was present.

For this I would expect a little understanding from you. It has never happened that we had 30,000 beneficiaries in the national scheme on July 7. The scheme has absorbed 10-15%. We can analyze how many farmers have applied. You are very right to ask for more budget. More budget is needed but this year has the highest budget ever, We have invited applicants but there are some exclusionary criteria.

They must fill out the invoices and bring them. AZHBR cannot pay payments to farmers in free fall. I do not agree with the naming of subjects here. The Ministry has instruments in hand, when the price is determined by supply and demand. I would prefer to orientate our policies where we can know how to do our work", stated Krifca.