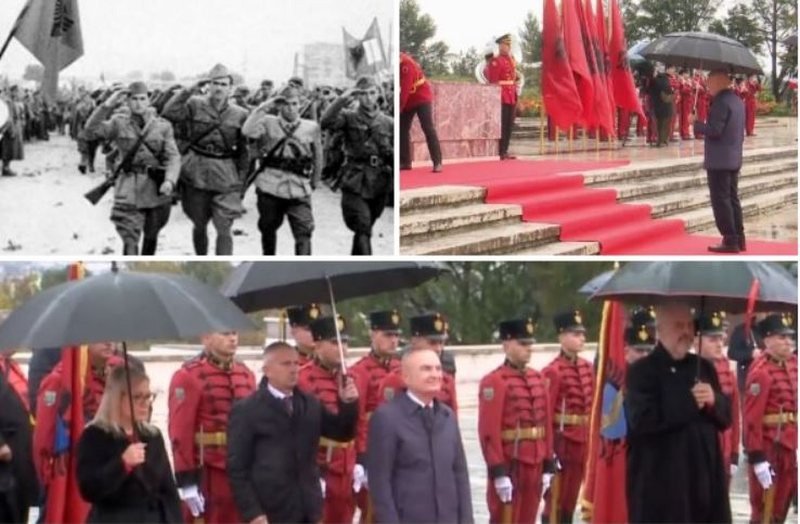 The President of the Republic, Ilir Meta, wished today the Liberation Day. He has chosen a post on social networks, where he has also published a partisan song.

Happy Liberation Day, writes the Head of State, while honoring the martyrs and heroes of the Anti-Fascist National Liberation War.

"Happy Liberation Day! "Glory to the martyrs and heroes of the Anti-Fascist National Liberation War, the blood and sacrifices of the most patriotic sons and daughters for the protection of the Freedom and Sovereignty of Albania!", Reads the post of President Meta.

Earlier in the day, President Meta paid homage to the martyrs' cemetery, where he laid wreaths at the Nena Shqiperi memorial, in honor of those who fell for the liberation of the country from the Nazi-fascist occupiers.

The ceremony was also attended by Prime Minister Edi Rama and Speaker of Parliament Lindita Nikolla.

But what was noticed during the ceremony was the avoidance that the head of state, Ilir Meta, and the prime minister, Edi Rama, do to each other.