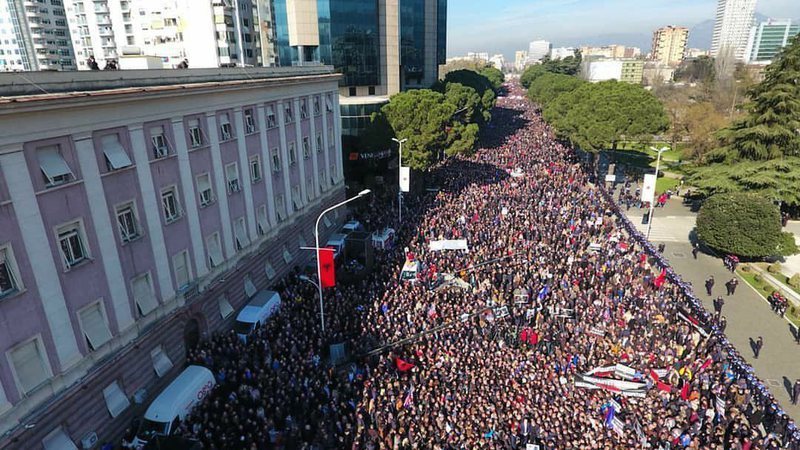 On the same day that the high-level meeting between the leaders of the EU and those of the Western Balkans is being held, the opposition has warned of organizing a protest.

Former Prime Minister Sali Berisha, who has regained control of the Democratic Party, declared that the demonstration is organized in defense of European values, which, according to him, are being endangered and threatened by the head of the government.

Berisha has reacted recently, to make the last calls for his supporters to go out in protest at 12:00 on Boulevard Dëshmorët e Kombit. The opposition has asked to protest in front of the government headquarters. But this request was rejected by the police, according to which this area is part of the security perimeter for the high-level meeting.