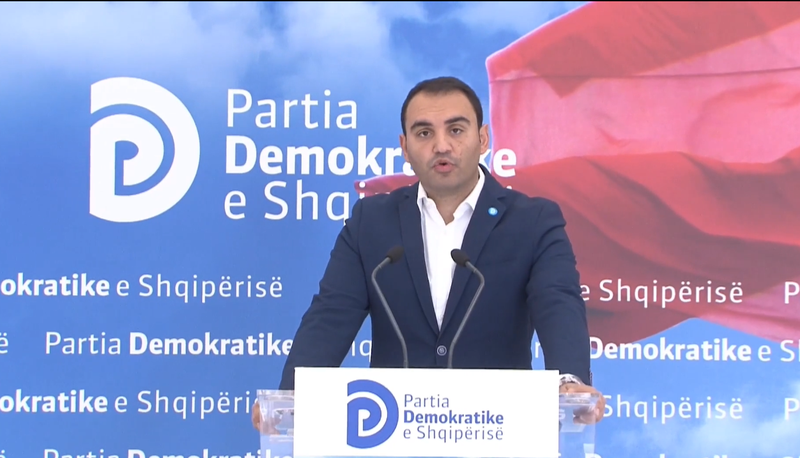 The Democratic Party has publicly denounced today the persons who, according to it, are involved in the sale-purchase of votes in unit number 8 in Tirana.

Through a press statement by Belind Këlliç, the DP also accused the Special Prosecution that despite the reports from the DP for electoral crimes, the SPAK did not act.

"Every day, the Democratic Party is making public more and more facts, evidence and data about the largest election theft in history committed by the Rama-Doshi-Rakipi regime. The victims of the Rama-Doshi-Rakipi electoral massacre are the Albanian citizens who were not allowed to bring the change that the country needed with a massive vote. For more than a month, the Democratic Party has filed a criminal complaint with the SPAK for the criminal offenses of 'Active Corruption in Elections', 'Passive Corruption in Elections', 'Intimidation or Rape of Participants in Elections' and 'Illegal Receipt or Use of Elections'. identification documents' for the citizens Aleksandër Lipivani, Emiliano Dusha, Ardian Davidhi, Rexhep Spahiu, Marlind Shkreli and any other person not identified by us. Although there were 3 weeks available,

Today, we are informing the public opinion who are the persons involved in the electoral massacre of April 25 in the Municipality of Tirana, including the report submitted to SPAK 3 weeks before election day.

The above-mentioned persons have created in the street 'Qemal Stafa', Administrative Unit no. 8 in Tirana, in the restaurant called "Lokali Nelit" a real structure of vote buying, blackmail and intimidation, as well as the collection of identity cards. SPAK was informed in our report that in the premises of the above-mentioned bar, these persons distributed cash in exchange for the vote for the Socialist Party. Aleksandër Lipivani is a public administration official rumored to be corrupt, while Emiliano Dusha and Ardian Davidhi own private companies that have received about 20m euros in corrupt tenders and used the money they earned to buy votes for the Socialist Party. There are dozens of representatives of the Socialist Party, leaders of the central and local administration,

For more than a month, the SPAK has been provided with their telephone numbers and areas where they operate to distribute money for vote buying, but they have been left free to distort the will of the electorate. Our battle will take place on all fronts, ways and opportunities that exist and its end will be clear: the overthrow of the Rama-Doshi-Rakipi regime and the return of Albania to the Albanians. This battle is not about the DP but about our future, that of our children and that of democracy. Albania has lost today, but if we had won with gangs, Albania would have lost tomorrow, not only today. "Our task is to stand firm and fight hard for the return of democracy in the country," Këlliçi concluded.

Suffered from Northern Macedonia, Zoran Zaev: It is unfair to Albania