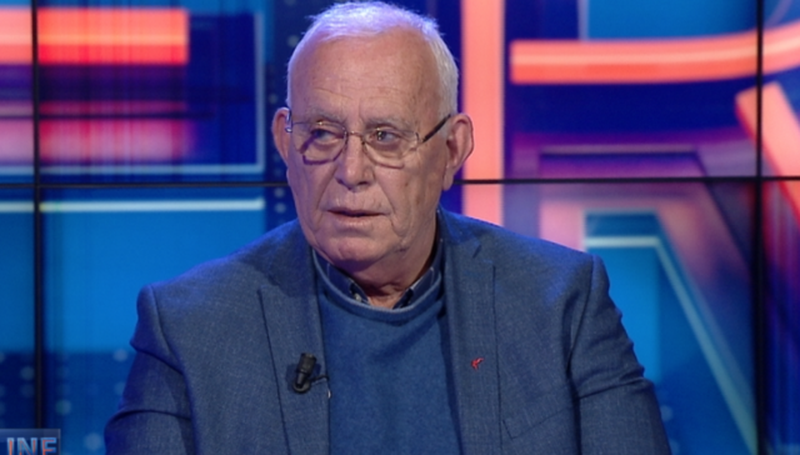 The deputies close to the former Prime Minister Sali Berisha yesterday submitted to the Court, the announced lawsuit for the former socialist deputy Spartak Braho. The latter before the January 8 protest announced the murder of MP Enkelejd Alibeaj. Yesterday, the Re-establishment Commission addressed the Special Court, suing Mr. Braho for defamation. Meanwhile, in a statement for the newspaper, Braho considered this lawsuit null and void, stating that he does not recognize the Re-establishment Commission. The former socialist MP said that people in favor of Berisha are upset about why Alibeaj was not killed and that is why they make such accusations of slander. Braho said that Berisha's bandits should have been prosecuted for any display of violence and destruction of property. According to him, the Re-establishment Commission does not exist and is not legally recognized. "There is no such subject legally. Why are they upset that Alibeaj was not killed? It is not legitimate for this commission to file a lawsuit because there is no concrete subject and object affected for this type of defamation accusation !!! ??? Who is specifically affected by the slander, Muli? Saliu's bandits must be held criminally responsible for violence, threats, destruction of property, accusations that the prosecution is investigating. See what Agron Gjekmarkaj says among others about the goal and plans that Berisha, Muli, etc. wanted to achieve. bandits: "There were plans for bloodshed and coffins to come out of the PD headquarters." I and the secret services have only told and warned the truth that was avoided and avoided. Are the Re-establishment Commission upset about this? Stupid and ignorant even legally. The very ones who were inside the offices like e.g.

Braho: Berisha was ready for violence and bloodshed

On the other hand, regarding the statements about the execution of the deputy Enkelejd Alibeaj, Braho has previously stated that the deputy did well not to be present that day at the headquarters. The former Socialist MP said that Alibeaj could not call that statement blackmail, as everyone knew clearly that those who came to the protest had come for bloodshed and violence. According to him, Berisha has infiltrated people working in two chairs. "Information is information. I have my resources and not in all cases are they made public in detail, but I will say something. Alibeaj did well not to go there. Do not stand up like a turkey now from Mallakastra and say it was blackmail. That the other considerations, in the dac of the DP, in the dac of all the DP deputies who were trapped there, clearly saw where they had come for violence, terror and blood. What I said was completely correct and came true. Will we open the letters? Sali Berisha has people in Lulzim Basha's parliamentary group, infiltrated. They work with two chairs. "They are silently belonging to Basha and they are silently working for Berisha and that day it was programmed that at all costs we must take revenge, create an alibi and realize it", he said.