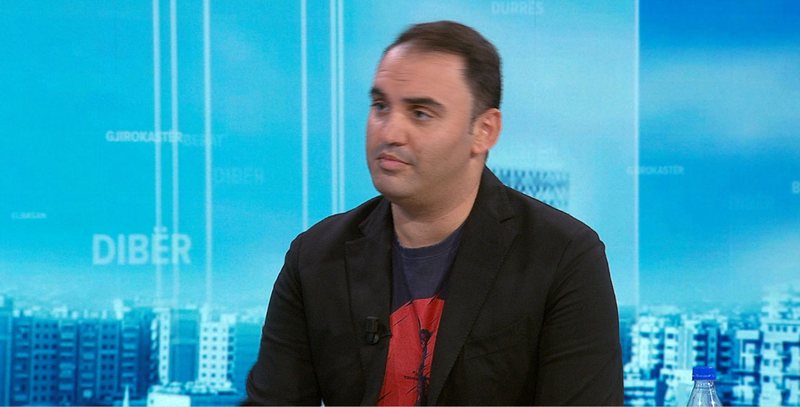 The deputy of the Democratic Party, Belind Kelliçi, has commented on the attack on the mayor Sali Berisha, in the protest held on December 6.

Invited to the show "Opinion", Kelliçi said that all the facts lead to the conclusion that this attack was organized and the prime minister himself was Edi Rama.

He added that this act was aimed at irritating the protesters and a possible clash between them and the police. According to him, such a thing was avoided only thanks to the chairman of PD Sali Berisha, who managed the case well by calming his supporters.

"It is very normal, if you see him and from his activity, you can see that he is motivated right after the event, which is scandalous, and the public opinion has been sensitized. But, I cannot stay without mentioning that whoever thought to bring him to his knees thought wrong, as Berisha does not back down. It is a decision of the court of Tirana in 2017, where the thug who hit Berisha was convicted and he is not mentally handicapped and thus it follows that he has mental problems.

All the facts show that this was premeditated. All the arguments lead to the fact that it is organized, the one who hit Berisha, where he could very well have hit him in other places, when he came to the headquarters or to other activities. At the moment he was caught, he expressed that this act was to be done and I wanted something that had to be done. Which is organized.

With his language in the parliament, we have seen Edi Rama cursing the MPs, he has nurtured this. In the publications of the Police hacker is an infiltrator and a contingent. A man with a precedent was found and used to give a clear message to scare. It is expected that on that day there will be trouble, the crowd will be irritated, go to the prime minister's office, where the summit was held, and be used. Berisha spoke in the pulpit to avoid a collision scenario. It would create a problem. What I have not heard in the reports that are made about us and that we support Berisha as a deputy. All this is done to create a scenario that Berisha is surrounded by violent mercenaries, but this is not true", said Kelliçi.

"Rama is under investigation"/ McGonigal case, Flamur Noka reveals why Basha is silent

"Rama was investigated in the USA"/ Agron Shehaj uncovers the behind-the-scenes of the 'McGonigal' scandal: the Prime Minister is mentioned 14 times in the American indictment