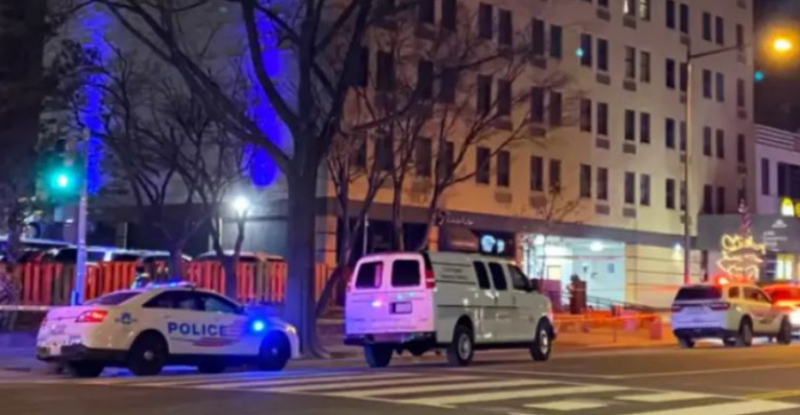 Moments of panic prevailed in a hotel in Washington, in an incident with gunshots with one dead and four others injured. The five people who were injured by the bullets were taken to hospital after an exchange of firearms that took place inside the building, early in the morning, police said on Twitter.

"A woman in critical condition died at the hospital," said Washington police, who cordoned off the area for several hours and launched an investigation. Police were notified around 3:30 a.m. local time when shots were heard during a party in a hotel room in a wealthy Washington neighborhood where many embassies are located.

"We have already received complaints from neighbors about this hotel. We have received complaints about drug-related activities, "said Duncan Bendlion, a police officer who spoke to a local television network. No suspects have been identified at this time.

Images that are making the rounds of the world / Ukrainian government 'bites' German politicians harshly: These are the weapons you brought us!

The German Chancellor reveals Putin's plans and makes the sensational statement: He will end the war only when ...

"In 6 seconds we will show you what we can do", the Chechen leader comes out with a scary warning for Poland

The powerful earthquake with a magnitude of 5.3 hits this state, the citizens in panic

The hunt for Russian oligarchs begins, the 3 sensational European movements that will destroy Vladimir Putin, here are the behind the scenes

A coalition to unlock ports to cross ships loaded with grain, here is London's dangerous game in the Black Sea

China prepares nuclear bombers, here is the secret plan of the new US allies to sink Beijing, "World War III" on the brink