The situation in the Balkans is tense, the Americans do not accept the "third way" that Vucic is following with Putin, Serbia does not back down and erupts in accusations against the US 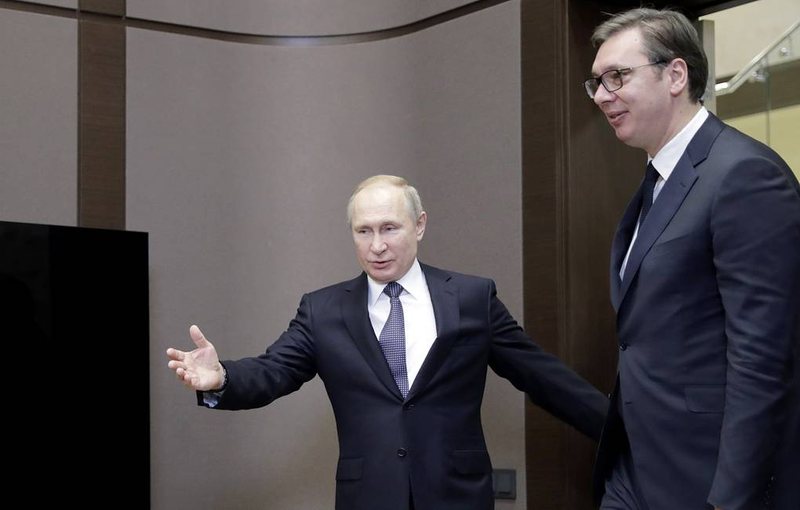 A strong clash between Serbia and the Americans took place yesterday as a result of the stay of President Aleksandar Vucic without imposing sanctions on Russia. "Ukraine and Kosovo are very different situations," said the US ambassador to Belgrade, urging that what happened in Kosovo in 1999 not be linked to what is happening in Ukraine today. The US Ambassador to Serbia, Christopher Hill, has stated that there is a moment when a choice must be made in life and that this is such a moment and that of Serbia. According to him, it has only one path, the West and the European Union. "Unlike in the past, when in Serbia it was thought that there is a third way, that Serbia is neither East nor West, that it is somewhat special, that it goes its own way, now most Serbs think that there is a way "right," Hill told Politika. As the US ambassador put it, Serbia must decide whether to have a self-sufficient army and buy weapons from different countries or join the collective defense. "Serbs have to decide on this, and I think they have decided that their future is in the West, not in an undefined East. "I say all this based on what I hear every day from people, but also on the statements of Serbian President Aleksandar Vucic," said the American diplomat.

Kosovo and the negotiations

He said that Ukraine and Kosovo are "very different situations" and called for what happened in Kosovo in 1999 not to be related to what is happening today in Ukraine. "When it comes to Kosovo and Serbia, they are neighboring countries. Serbs live in Kosovo and there are many things in Kosovo that are important to Serbia. Good neighbors need to resolve this. "The right path is the dialogue that is taking place through the EU and the negotiations in Brussels," Hill said. He believes that all elements should be at the negotiating table and that one can not speak with "I want to talk about this, but I will not talk about this", but that he has not yet seen the commitment of both parties. "I'm discouraged when I see that one side wants one thing and does not want the other side wanting to be at the negotiating table," Hill said.

Serbia has reacted harshly to the Americans. The Minister of Interior, Aleksandar Vulin, told the US Ambassador to Serbia, Christopher Hill, that “Serbia will go its own way. "Serbia is a free and successful country and should not decide on anything but itself. And if the criterion for Serbia's determination is who killed us and who did not, who recognized the so-called Kosovo and who did not, I am afraid that Mr. Hill will have nothing to say in his defense. "You are not asking the Serbs to decide by force, you can be hurt by our election," Vulin said in a written statement. As he said, "from 2000 to 2012, Serbia was a place adapted for Ambassador Hill, facing only the West, at the gates of NATO, without the initiative to resolve the issue of Kosovo and Metohija, without the desire and will to defend Republika Srpska, with the remnants of the army and the sold economy. "For loyalty to those who bombed us, Serbia was rewarded with the declaration of independence of the so-called Kosovo, mass extraditions to the Hague tribunal, reduction of powers in Republika Srpska, robbery of privatization, unemployment, misery and social injustice," said Vulin. According to him, "after Aleksandar Vuçiqi led Serbia not in the West, but in the Serbian way, Serbia is again a state, not a territory, and Vuçi është is a statesman, not a camp manager appointed by the occupiers. The arrogance of the American ambassador reminds us that Hill was the implementer of the policy of sanctions, rape and bombing of both Republika Srpska and the Republic of Serbia. "He sees no problem or fault in this," Vulin said.