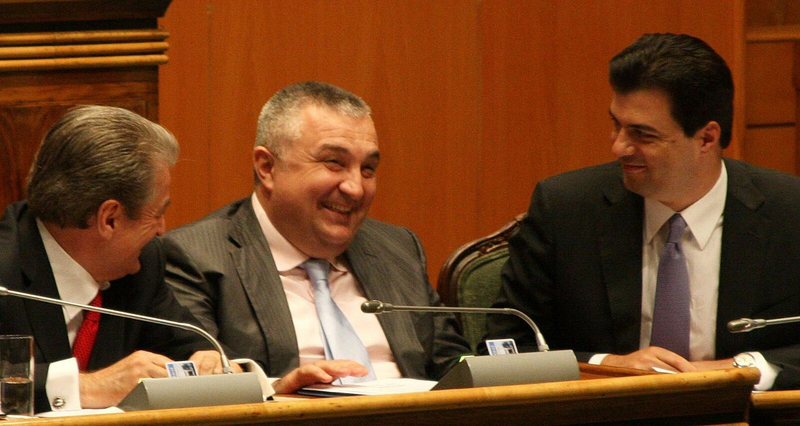 December will be the month that will shock the Albanian opposition. The beginning is December 2, since on this date the "catharsis" begins with the opening of the files of the former State Security, which is expected to eliminate from politics the former prime minister Sali Berisha and the chairman of the Freedom Party Ilir Meta. Then comes December 6, where, in addition to the protest that Berisha is expected to organize, the trial will take place that will determine which grouping within the DP will receive the budget, logistics and party stamp. "Sot" newspaper has recently reported that a sensational comeback of Lulzim Basha at the head of the DP is being prepared. Since resigning on March 21 from the position of the head of the Democratic Party, Lulzim Basha has not appeared publicly in the media, but has occasionally held meetings with the Democrats, leaving doubts that he is considering returning to the head of the party.

The opening of the files is expected to shake Albanian politics. The amendment of the article in the Assembly gives the right to the Files Authority to verify the figures of high officials who have received a "certificate of purity" from two commissions set up in the years after the fall of communism. If connections with the former State Security emerge, these officials will not be allowed to run for public office. So the main danger are the deputies in the Parliament of Albania, where the main one is the former secretary of the Labor Party Sali Berisha. Mr. Berisha was accepted as a candidate for a member of the Communist Party, at the age of 21, in the second year of university, while at the age of 24, he was accepted as a member of the APS. After joining the Labor Party, Sali Berisha was then elected party secretary 4 times, of the University and Hospital Center-Tirana where he worked as a doctor. The socialist majority, with this operation launched in the name of cleaning up politics from former state security collaborators, tries to kill two birds with one stone. To discredit and ban the politician IM, whom the file authority says is former president Ilir Meta, which he categorically denies. On the other hand, remove Sali Berisha from the parliament once and for all.

According to the reliable information of the "Sot" newspaper, in addition to the 25 deputies who support him out of the 52 that the Democratic Party has, it is learned that 80% of the branch heads, who unanimously support his return to the head of the DP. It is known that in the last few days, Mr. Basha has had intensive meetings in Tirana and in the districts, where the main goal is to reorganize and set the milestones of the political agenda that will be undertaken in the coming days. Most of the heads of the branches of the Democratic Party continue to be in office and they support Basha, while it is expected that this action will strengthen even more, after the court decides on the fate of the Democratic Party, where voices say that it will cancel the decision of judge Agron Zhukri, who forgave Berisha and "Foltor", the Democratic Party.