"A very big test for SPAK", Rudina Hajdari comes out with a strong statement: Rama should be investigated for... 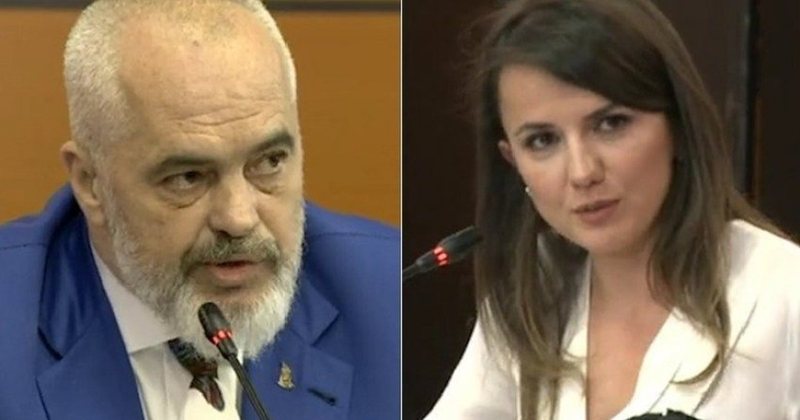 Former MP Rudina Hajdari accuses the majority of stealing in an extraordinary way to enrich themselves, their families and a group of people close to them.

She said that logic leads her to think that without Edi Rama's knowledge, these things happened.

In the "Arnautistan" show, she stopped at the affair of the incinerators, stating that these fictitious companies have received money and that this scheme has received 48 million euros in these years from the state budget.

"Every day these fictitious companies are paid from the state budget. Where is the Tax Administration? Where is the police in the meantime? If you build without a permit, you have the police at the door of the ordinary citizen.

You do all these transactions, a company buys exotic fruits and sells concrete, what did the Tax Administration do, while tax evasion was done. How have these companies operated?

It is very clear that this corrupt scheme has been overlooked by high institutions including the Prime Minister. If tomorrow he says that he had no knowledge, the Prime Minister should not only resign, but should also be investigated.

The strongest weapon the moment something is brought out against him, he has to fight. He goes on the attack thinking he is defending himself. SPAK has the duty to thoroughly investigate what happened.

I think it's money from rulers who are taking refuge in fiscal havens. When they are not there, they live like lords and sheikhs, while they have extorted the state budget. It is a very big test for SPAK.

If there are no real results, it is pointless to have such a structure, what has been discovered recently, Prime Minister Rama should be listened to, even by the diplomatic corps, that his structures are involved in this affair," he said. Rudina Hajdari.