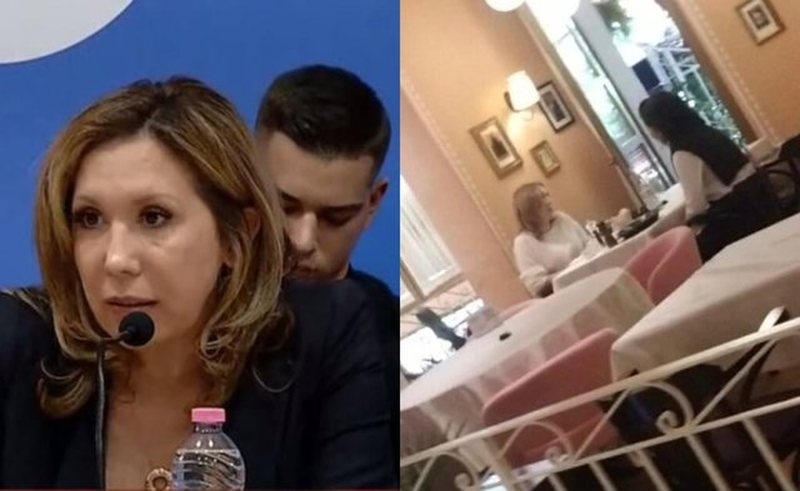 Activist Evi Kokalari was present today in the third "Foltoren" of the former leader of the Democratic Party Sali Berisha, expressing deep support for him.

During her speech, Kokalari stated that the leader of the Democrats, Lulzim Basha, has nothing left but the stamp, as the party base is with Berisha.

"I was surprised how Lulzim Basha had the power to decide as a candidate for MP Grida Duma and someone else, that only they support her. "Basha currently has only the seal and the logo of the Democratic Party left," said the activist.

But, in the media has circulated a photo where the American ambassador Yuri Kim appeared in the company of Evi Kokalari. Kokalari said in an interview that she and Yuri Kim have known each other for years in America, before she became the US ambassador to Albania.

"First of all, I'm surprised how quickly journalists get information. Secondly, Yuri Kim is my close friend, I knew her in the US before she became ambassador. "We talked about developments in the Democratic Party and political issues in the United States," Kokalari said.

Sali Berisha's 'speaker', Ervin Salianji makes a strong statement and reveals how many years Lulzim Basha cannot be dismissed as chairman of the Democratic Party: None of us can come out against this!

Yuri Kim holds a meeting with the OSCE Ambassador, reveals what they discussed and gives the important message to the political parties: Parliament should ...