Deficits in the opposition deepen, Mediu starts gathering signatures to come out on its own, PD base doubts about Berisha's game against Basha 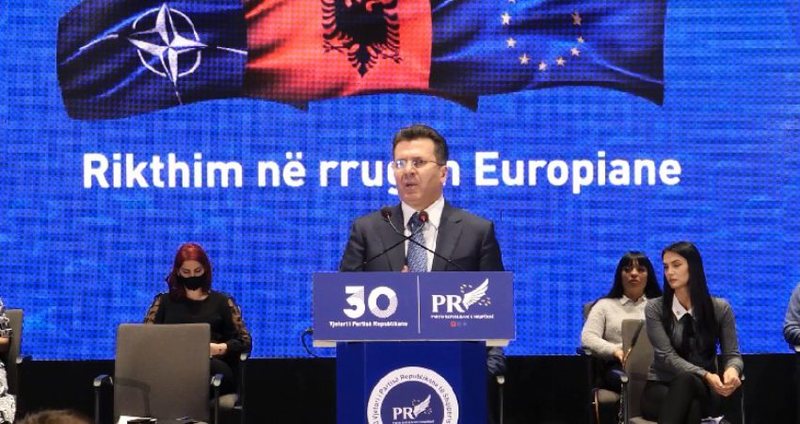 Clashes deepen between Democratic Party leader and Republican leader Fatmir Mediu. The parties are still not finding the language of consensus to go together in the April 25 elections, while time is running out. Yesterday, Mediu took another step against Basha after he started collecting signatures to register alone with the CEC. Given that the PR has no deputies in Parliament, it needs about 5,000 signatures to enter the elections. But on the other hand Mediu's moves have created discontent among Democrats. Reliable sources from the blue headquarters told the newspaper that people close to Basha, but also the base of the Democrats see Mediu's movements as Berisha's pressures against Basha. Sources even said that there are doubts that Jozefina Topalli and Astrit Patozi are also part of Berisha's strategy against Basha.

Berisha talks about a coalition

Former Prime Minister Sali Berisha two days ago in a television interview demanded that Basha bring Patoz and Topalli closer to the party. He said that the DP should invite all forces that are determined to remove Edi Rama. "DP must invite all forces that are deployed. Without exception, those who are determined to remove Edi Rama from power. To my knowledge, the Democratic Party is open to all political forces which have as their main objective the removal of the narco-state from power, but as you hear, their problem is, they have declared a frontal war on the entire Albanian political spectrum. "In these circumstances, with this attitude, they exclude alliances", he said.

The leader of the Republican Party, Fatmir Mediu, yesterday after Tirana and Shkodra, continued the presentation of the candidates in the regions, this time in Fier. In his speech, as he presented the 16 candidates, Mediu said that the Republican Party is the party that believes in private property, as the foundation of building a country's economy. He went on to say that every Democratic or Republican citizen must vote to win this election, while also speaking regarding relations with the Democratic Party for the April 25 elections. "I want the opportunity to compete, to contribute to every Republican, to every polling station, from Vermoshi to Konispol, all together, Democrats and Republicans, to win. There are many today who ask the question; What happened between us, The Republican Party and the Democratic Party? Are we shopping? Are we asking for more than we owe? "I want relations between the Republican Party and the Democratic Party, so that each of you, an ordinary citizen, a Republican and a Democrat, has value in the elections," he said. According to Mediu, the situation in Albania is very serious and there is a responsible person according to him, Prime Minister Edi Rama and his corrupt regime. He went on to say that Republicans and Democrats must work together to oust this government. "Politics, the corrupt regime we face, the constant manipulation of our lives, the manipulation that Edi Rama wants to do to the elections, requires that Republicans, Democrats, honest people, unite in every polling station, to guarantee elections. free and fair. We can not observe evil,

Sad words of Prime Minister Rama: I do not know if there was another composer who was whistled as much as Agim Krajka