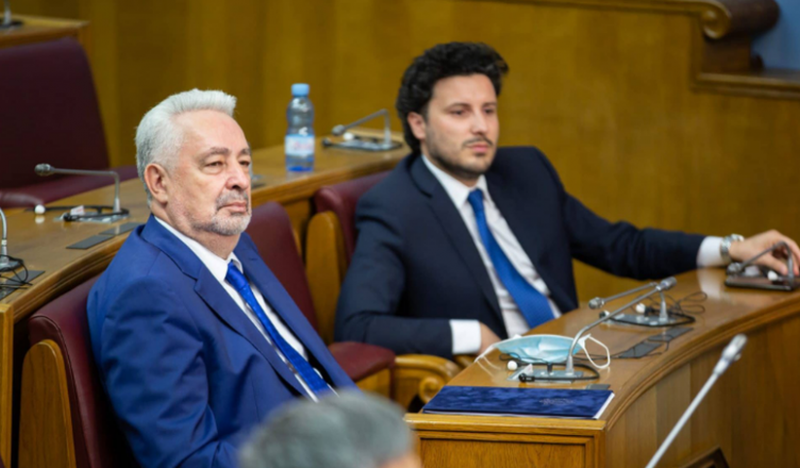 In Montenegro, Deputy Prime Minister Dritan Abazovic has been fired from chairing the National Anti-Corruption Council, while Chief Executive Zdravko Krivokapic has taken over the ministry of Justice, Human Rights and Minorities, after dismissing the relevant ministers.

The head of the state delegation for negotiations with the European Union, Foreign Minister orgorjee Radulovi., Has also resigned.

Prime Minister Krivokapic has argued the dismissal and removal of ministers's powers, saying it is unacceptable for the government to fall from within and that a coup is taking place in Montenegro.

"I have not raised the issue of dismissal of any ministry, although it is now very clear who worked for whom. "I expect such ministers to resign themselves in the coming days."
Meanwhile, Deputy Prime Minister Dritan Abazovic stated that these developments are intended to provoke unrest in the country.

"Everything will end with the government on February 4, when the no-confidence vote will be taken. If they think the changes contribute to the situation, there is no problem for me. "But if anyone touches the constitutional order, especially the security order, provokes unrest in Montenegro or erupts nationalism, he will get the right answer without delay."
The Prime Minister of Montenegro has requested the reduction of the mandate of the Assembly, in order to pave the way for the announcement of early parliamentary elections, while on February 3, a vote will be held for the dismissal of Dritan Abazovic.