"You bullied me, did you take my spice?" 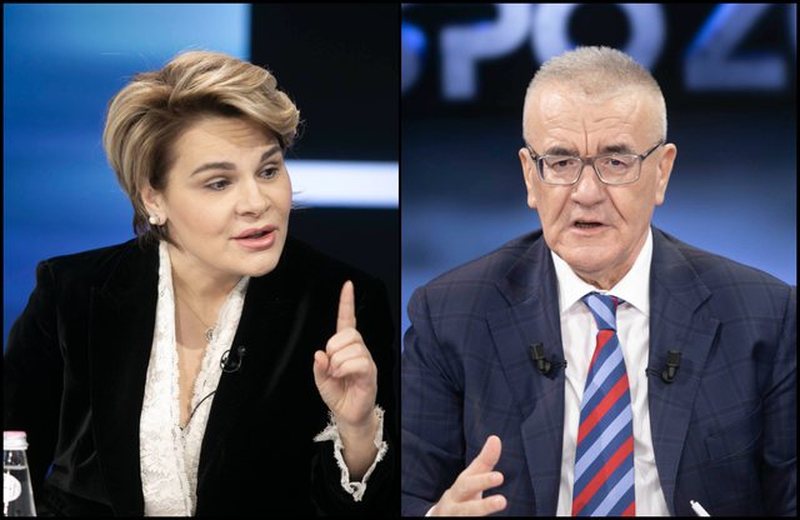 The chairwoman of the Socialist Movement for Integration, Monika Kryemadhi was invited last night to the show "The Unexposed" where she debated fiercely with journalists. Kryemadhi said that there is no democracy in Albanian parties, causing a strong debate with Ylli Rakipi, who said that such a thing happens in the SMI.

Ylli Rakipi: But why do you have democracy? The man leaves and leaves the woman party leader… Is this democracy?

Monika Kryemadhi: Between me and Ilir Meta, do you discuss my political career, which I do not deserve? You want to intimidate me. I entered the PS in front of everyone. Do not consider me a man and a woman… I am honored to be the wife of Ilir Meta.

Ylli Rakipi: You own the parties.

Monika Kryemadhi: Why do you own the show "The Unexposed"?

Ylli Rakipi: Yes, I have it registered.

Monika Kryemadhi: Yes, you are the producer, but the frequencies are for the public.

Ylli Rakipi: Yes, of course, so we are both facing. I am a journalist, you are a politician.

Monika Kryemadhi: You bullied me, you took my spice.

Ylli Rakipi: No moj, you have more contributions than Meta in LSI.