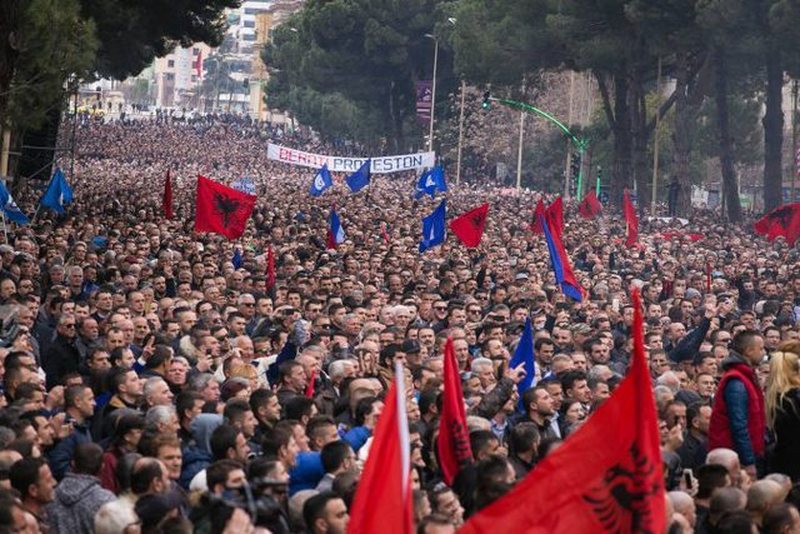 The capital is armored and shortly after the reception ceremony of European leaders for the EU-Western Balkans Summit begins. But the opposition, on the other hand, is making the first preparations for the protest that has been called to be held today.

It is known that about 1000 Democratic Party sympathizers left Vlora in the morning just before the official blocking of the roads at 08:00. It is also announced that at least 1,600 protesters from Elbasan will be in the protest that the Democratic Party will hold this Tuesday.

The news was confirmed by the chairman of PD in the Elbasan branch, Blendi Himci. Meanwhile, the PD leadership of this branch has traveled to the capital to join the protest.

The sympathizers, who are known to have organized privately with their own vehicles to enter the capital, left early in the morning in order to avoid blocking the roads.

Democrats have warned that they will gather on the boulevard before the area is surrounded by large police forces due to the safety of the leaders.

It is not yet known which scenario the protesters will follow. Berisha himself said that the Albanians will tell the European leaders that they are facing 'the prime thief of Albania'.