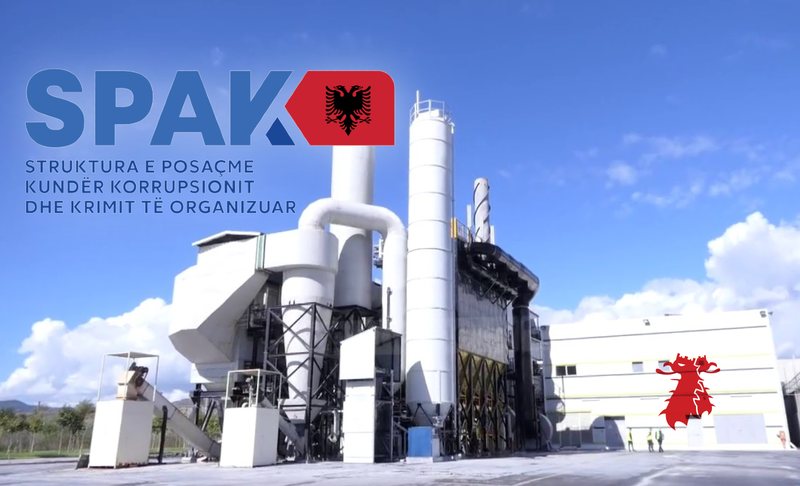 The Democratic Party came out again today with five questions about the incinerators. In an appearance for the media, the member of the National Council, Jamarbër Malltezi, says that the incinerator companies are shells, without staff and without work experience, but they were created only to steal 430 million euros.

According to him, SPAK has kept its mouth shut and "I don't know where the millions of euros that Edi Rama generously transfers there in the direction of the accused Zoto and Gugalle who are under international arrest warrant" are going.

Statement by the member of the National Council, Jamarbër Malltezi:

Yesterday, from this platform, as every day for two weeks, we asked the next 5 questions about the incinerators. They are "next questions" but due to the intensity of government theft, they are not at all "questions enough to pass the queue". These are essential questions which must also have answers. SPAK has shut up.
Only a few media and the opposition speak out, raise questions, and seek to bring those responsible to justice. The truth is already clear: the legal counter-signature of inceneRama and IncenErjon are knives in the back of citizens and justice!
Here are the answers to yesterday's 5 questions:
1. All four companies
Ø Integrated Energy
Ø Geogenix
Ø Almares Management
Ø Residence Corporate Services
They are shells without staff and without any experience of working with waste, but created only to hide the traces of the movements of public money. All four of these companies have the same address (Delflandlaan 1, Queens Tower – Office 916, 1062 EA Amsterdam) as do hundreds of other shell companies.
The budget of each
According to documents from the register of companies in Holland, Guaca "Geogenix" (formerly - Integrated Energy) has only 50 thousand euros created only by the "generous" transfer of Klodian Zoto, which in turn comes from hundreds of millions of euros generously donated by Rama-Ahmetaj-Agaçi-Veliaj. The shell "Almares" that controls "Geogenix" has only 18 thousand euros. Yes, there is also the shell owned by Almares.
Employees of each company:
According to documents from the Netherlands, the "Geogenix" shell has zero staff. The shell "Almares Management" has zero staff, while the owner "Residence Corporate Services" has two staff. These were the companies with great experience to which Edi Rama gave 8 points and determined where 128 million euros would go for the non-existent Incinerator of Tirana.
REGARDING QUESTIONS 4 AND 5: The company Geogenix (formerly Integrated Energy) - with zero staff and a generous gift of 50 thousand euros from Klodian Zoto, is the basic company with which Zoto - Mërtiri - Gugallja are operating, but also other government realtors such as studio Tashko - Pustina. The company, or rather GUACA "Geogenix", is controlled by "Almares Management", i.e. GUACA MOTHER, a company with zero staff and only 18 thousand euro budget. The owner of "Almares Management" is GUACA GYSHE called "Residence Corporate Services", which also has only 18 thousand euros and only 2 employees/directors for the firms, of which one is the one who signs with Zoto or Garganelli as the case may be, the other the owner is A. Jangildina, born in the Union of Soviet Socialist Republics.
SO, no Albanian, not even SPAK, knows where the millions of euros are going that Edi Rama generously transfers there in the direction of the accused Zoto and Gugalle who are under international arrest warrant, BUT the citizen from the former - Soviet Union knows this - as the owner of the Shell "Gyshe" who controls the shells in dependence. This Mega Affair is like an unproductive garbage dump.
5 new public questions for those who have ears to listen:
Why did Edi Rama give 8 points out of a possible 10 to permanent real estate characters like Zoto-Mërtiri and two other Italians?
Why did they have to hide in granddaughter shells, mother shells and grandmother shells if there is no theft
Which of these shells had great experience in handling waste and building incinerators as Edi Rama has publicly stated?
Who drew up that contract that a dummy had to sign that had nothing to do with the country's finances or the remains of Tirana?
Is the Legal Department of the Prime Minister under investigation, which has the legal obligation to draw up the contracts that generously give 430 million euros for some shells and which then end up being the dead or 90-year-old owners of the companies of the subcontractors of the subcontractors?
That's it for today. Tomorrow we continue.
Because with each passing day, the theft continues.