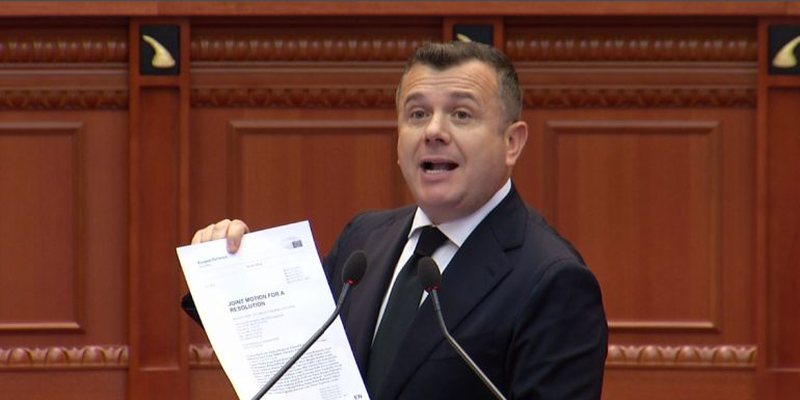 In his speech at the Assembly, Tritan Shehu was critical of the draft resolution on the genocide in Srebrenica. According to him, the majority did not condemn the genocide, but the denial of the genocide.

"Finally, the majority, after burning the resolution of a few weeks ago, took courage, filled with breath and made the decision, but without seeking consensus. And in this way we have an unclear resolution... You are here repeating the show as with the resolution for Ukraine. You don't condemn the genocide, you condemn the denial of the genocide but not the genocide itself. First of all, genocide must be condemned and you don't do that. You have a problem that someone in the east is angry... You are outside the lines of the European Parliament's resolution", said Shehu.

"Mr. director of the Eagle, sit down a little... have you not learned that a reply is not a mention of a name... You can consider my word during group time... First of all, age should be the maturity not to lie because you don't have time to recover. Now the EP resolution has this title, in commemoration of Srebrenica, now here you lie and say that you do not have the same title, but on the contrary we have gone even further. But I did not want to deal with the director or the owner of the Shqiponja company in this session. I guarantee that the PE document is the reference document. The Parliament of the Republic of Albania commemorates the victims of the genocide in Srebrenica," said Balla.