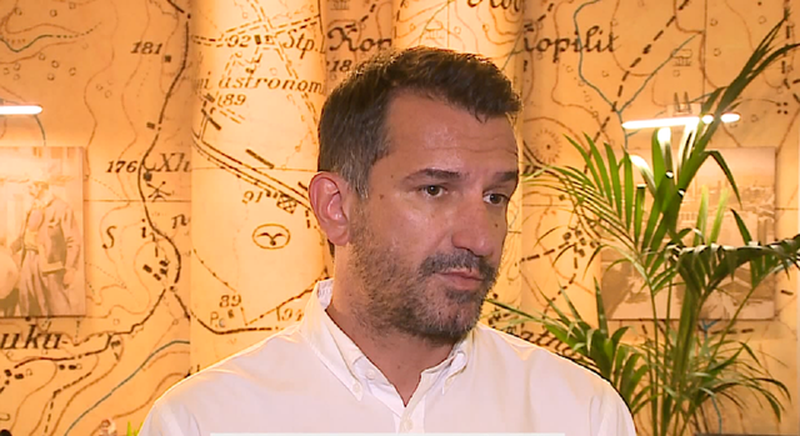 The Mayor of Tirana, Erion Veliaj, in a television interview, has responded to Ilir Meta, engaged in recent days against him, where he says that while he was selling figs in his youth, the former president sold his friends by eavesdropping on them. insurance Veliaj says that Meta is looking for DP votes and has no interest in the good of Tirana.

Upon officially taking over the direction of the party, Ilir Meta has launched a fierce attack against you, accusing you not only of incinerators but also of concrete, and even of air quality in Tirana. Why do you think the former president is attacking you?

After raiding all the offices of the Albanian state, for the first time in 30 years he has been out of work for 3 weeks and it is clearly a scheme that he and Sali Berisha are doing, they both live in the Bay of Lalzi, they do not live in Tirana at all. Our society is neither the society of the security forces of the 80s, nor of Saliu's labor party of that dark period in Albania. He and Sali Berisha have had every post in Albania, they could have made Tirana a flower, but to judge how someone goes out to the lake and says Tirana is clean and I went for a run, and then posts a photo of Kabul means that he today it is not only security Ilir Meta, today he is the patient Ilir Meta and today he is behaving like a Taliban, so the only thing that unites him with Kabul, apart from the photos he uses to insult Tirana, is the behavior of the Taliban. I know that as soon as this interview is given, all the minions of Ilir and Saliu will remind me of figs, but it's one thing to sell figs and it's another thing to sell friends, and this is the big difference between me and Ilir. I sold figs to survive, while Iliri sold his friends by spying on them to make a career. We are two different worlds and I believe that in this political battle these two worlds are divided.

Mr. Veliaj, everyone remembers the time when relations between you and Mr. Meta were good and there was mutual appreciation. What happened to break this report?

Because I think that for the first time Ilir Meta is without power and of course this has led him to a crisis. I think that he also has a challenge to promote the new store he has opened, it is the same store in fact, he has changed the number of the nephew, so he has changed the logo, but it is the same bakery. A shopaholic who hates shopping, but shopping today is better than the septic tank we had before. You may have your own problems and I am totally in favor of everything being investigated, what happened to the garbage system, but only the fact that that misty, cancerous cloud over Tirana is no more and Tirana today is not the Kabul of Ilir Meta and the Taliban they don't have spaces in Tirana where everything was implemented, this is a very big difference.