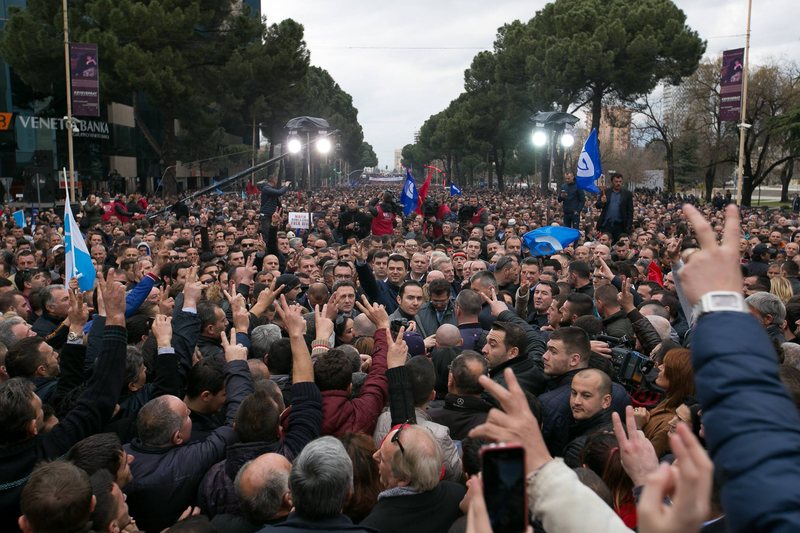 While the summit of EU leaders with those of the Western Balkans has started in Tirana, the opposition has done everything to hold the protest called on Tuesday, December 6.

But as the police have stopped holding the protest on "Dë?morët e Kombit" Boulevard, the chairman of the DP and other exponents of the opposition, have called on the citizens to gather in front of the Prime Minister's Office, an area which is located within the security perimeter for the summit.

On the other hand, it is learned that PD has prepared for every 'scenario' and has prepared a motion picture that will be used during the protest.

As can be seen from the video, this is a moving car with a phone and loudspeakers, covered by EU flags and Albanian flags, as well as PD slogans, written in English.

It is learned that the democrats will gather from different streets of Tirana in Skënderbej Square or in other places.

Their gathering is expected to start around 11:30. Meanwhile, at this hour, the march of supporters or DP representatives will start from the blue headquarters and then they will all join in front of the former Dajti hotel.